Shubman Gill is the future of Indian cricket – Rohit Sharma 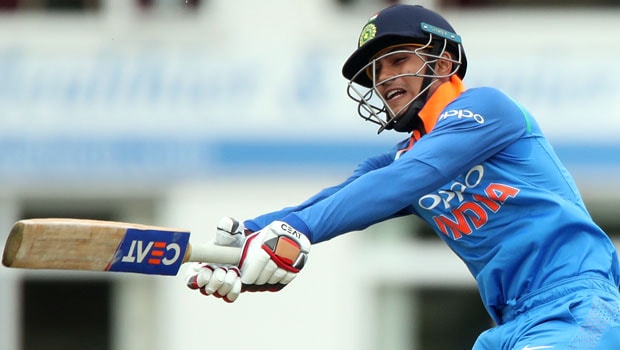 Indian white ball vice-captain Rohit Sharma stated that prodigy batsman Shubman Gill is the future of Indian cricket. Gill has been the cynosure of all eyes since his batting abilities took the Under-19 team to glory in 2018. The right-hander has shown great skills and promise to go a long way in his career.

In fact, the Punjab batsman has been a consistent performer in the domestic circuit. The flamboyant batsman has only played 21 First-class matches in which he has already amassed 2133 runs at an impressive average of 73.55. Furthermore, he has scored his runs at a strike rate of 73.37. Gill has scored seven centuries and 10 fifties while playing for Punjab.

On the other hand, Virat Kohli had also said that he was not even 10% of Shubman Gill at the age of 19 years when he saw him bat for the first time in the nets session.

Rohit Sharma believes the talented batsman will soon get his much deserved chance in the national team.

“I think Shubman is a fluent batsman. He is the future of Indian cricket. Whenever he gets a consistent run, he will get confidence. He has a good domestic record. I think we should look to bring him into the side. There is a lot of competition in the side,” Rohit said during an Instagram Live session with spinner Harbhajan Singh.

Meanwhile, Harbhajan Singh showed some kind of disappointment that Gill hasn’t got a longer rope in the Indian team as he has played only two ODIs so far. Harbhajan added that Gill should have been the first priority in the New Zealand Test series when Rohit Sharma was injured but the team went with Prithvi Shaw.

“We lost in New Zealand. Prithvi Shaw made a comeback. He was out of the side, but you guys backed him. I think someone like Shubman Gill should have been given a chance in the New Zealand Test series. If Rohit was injured, I think Shubman should have played because he was there in the squad,” said Harbhajan.

Shubman Gill made his ODI debut against New Zealand last year in the five match series. Gill didn’t have a great start to his International career as he could only manage scores of nine and seven in his first two matches. Subsequently, he was left out of the side and he is yet to get another chance.

Gill had impressed in the Under-19 2018 World Cup as he was the second highest run-getter and thus he was awarded the Player of the tournament. The right-hander had scored 372 runs in five innings at an average of 124. The 20-year old has played 27 IPL matches for KKR in which he has scored 499 runs at 33.27.