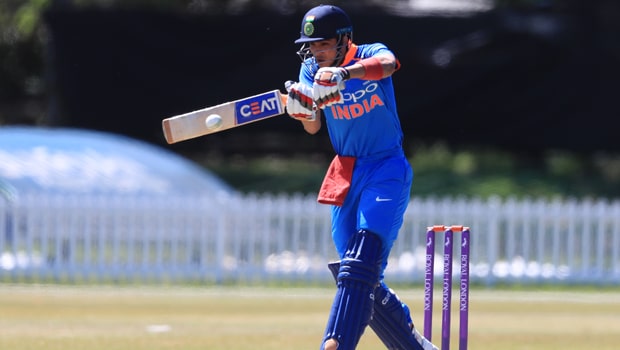 Shubman Gill is only 20 years old but his batting record in first-class cricket gives us an idea about the kind of beast he has already transformed into.

He has played only 21 matches till date but has smashed 2133 runs at a staggering average of 73.37. Not only that, it includes two double centuries too and a total of seven centuries overall.

So, these numbers clearly tell us that he isn’t only talented, and full of potential, but he is making use of it in the best possible way. He reiterated this fact further when he scored yet another century in the unofficial Test against New Zealand A at Lincoln.

Gill played an excellent knock of 136 off just 190 deliveries at the top of the order to take India A’s score to 467/5 in reply to New Zealand A’s first innings total of 386/9. This was Gill’s second 100+ score in New Zealand and the previous one was a double ton as well.

Another game, another 💯🔥#ShubmanGill's knocks for 🇮🇳 India A in 🇳🇿 so far…

In fact, Gill’s overall first-class numbers in overseas conditions is something worth looking at. He has played seven innings away from home overall and has scored a total of 729 runs in them at a mindboggling average of 145.8. His numbers at home look nothing in front of what his away numbers read.

It’s not like that he hasn’t performed well at home. His 1404 runs at home have come at an excellent average of 58.5 as well. But his overseas numbers are so good that that they make his statistics at home look inferior.

Gill will soon find himself as a regular in the Indian Test side if he manages to maintain his consistency and the rate at which he his scoring his runs at the moment. He is a class apart and no other batsman of his age in India is better than him at the moment. With Rohit Sharma injured at the moment, Gill should get a chance to open the innings for India when they take New Zealand on in the first Test of the two-match series at Wellington starting February 21.