Shubman Gill likely to be ruled out of first few Test matches against England: Report 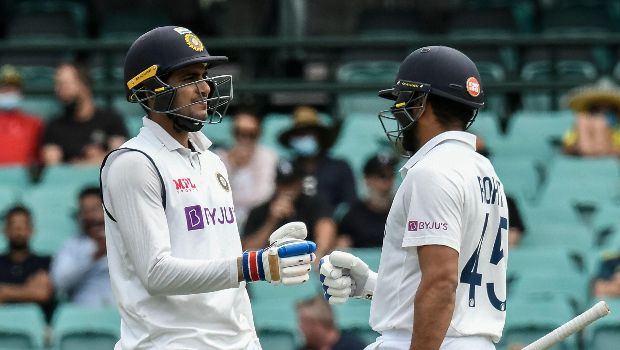 It is reported that India’s opener Shubman Gill is likely to be ruled out of the first few Test matches against England in the upcoming series. According to a report in Cricbuzz, Gill is carrying a serious internal injury, which is expected to keep him out of action for an extended period.

Gill will not return to India and will stay with the whole squad as he can be available for the later part of the five-match Test series. The Indian opener could not deliver the goods in the all-important World Test Championship final against New Zealand as he returned with scores of 28 and 8 in both the innings.

In fact, Gill was in decent form with the bat before the big final as he had scored a fine knock of 85 runs in an intra-squad match. However, he was not at his best in the home Test series against England as he scored 119 runs in four Test matches.

Gill had grabbed his opportunity on the tour of Australia after he had scored 259 runs in three Test matches, including a match-winning knock of 91 runs in the historic Gabba Test match.

However, the batsman from Karnataka doesn’t have the experience of playing in tough English conditions. Meanwhile, India also has KL Rahul in the squad, who had scored a century at Oval in the previous tour of England in 2018.

The first Test match will be played from August 4.