Shubman Gill will become the most talked-about cricketer – VVS Laxman 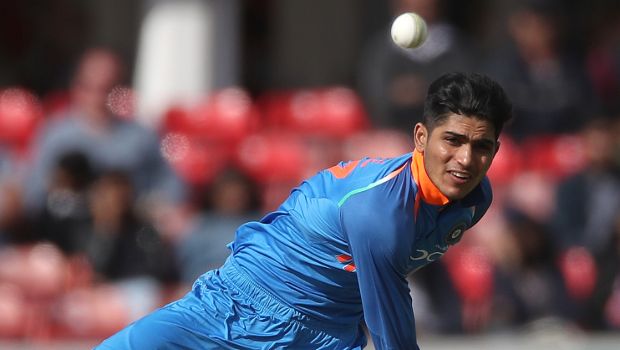 Former Indian batsman VVS Laxman has predicted that the team’s rising star Shubman Gill will become the most talked-about cricketer in the upcoming future.

Gill has shown the skills to go a long way in his career and according to Laxman, he is destined for big things in his cricketing career.

The right-hander from Punjab has made an impressive start to his Test career as he did a fine job on the Australian tour. Gill scored 45 and 35* on his Test debut in the Boxing Day Test match. Subsequently, he scored his maiden Test fifty in the Sydney Test match.

Gill’s best knock of the series came he scored 91 runs in the second innings of the Gabba Test match and laid the foundation of the memorable run-chase. The 21-year-old scored 259 runs in three Test matches at an average of 51.80.

Furthermore, Gill had earned his national call-up after impressing one and all in first-class cricket. The right-hander has scored 2529 runs in 26 first-class matches at an average of 66.55.

Laxman said while talking to Sports Today, “I think he will be the most-talked-about cricketer, not only in Test match cricket but in all three formats. The reason I say that is he didn’t get it easy.”

“I felt the kind of talent and the performances he has shown in various levels whether it’s in the IPL, whether it’s India A or first-class cricket for Punjab, I think he has been very consistent. I think he waited patiently for his opportunity while some of his colleagues got ahead of him.”

Laxman added that Gill looked ready for the big stage as he played the world-class Australian fast bowlers with aplomb while opening the innings, which is not easy. The former Indian middle-order batsman feels Gill has the ability to win the matches in all three formats of the game.

Gill showed great technique and he has a great gift of timing the ball to perfection. The youngster impressed with his backfoot punches and he was able to deliver the goods in his maiden Test series.

Gill will now be seen in action in the four-match Test series against England. The first Test match will begin on February 5 in Chennai.