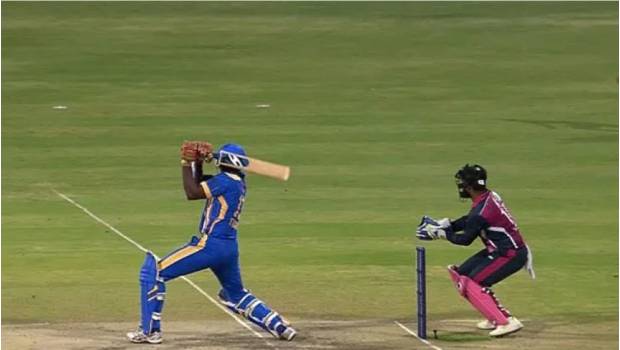 Both teams finished their league engagements of the season in a contrasting manner. SMP’s win, fifth in seven matches, earned them a second spot while iDKK continued to languish at the bottom.

SMP’s final position in the standings will only be known on Friday, when the last two matches of the league will be played. Chepauk Super Gillies, who have eight points from four matches, will push SMP to the third spot if they defeat Tuti Patriots.

SMP captain Shijit (25 off 25 balls, 1 four, 1 six), who had the highest score in the match, ensured they crossed the danger mark with some sensible batting. His partnership of 26 runs off 27 balls, with opener A Sarath Raj (14 off 13 balls, 1 six) was also the highest in the match.

Despite the dismissals of Chandran and Sarath Raj, No.7 N Selva Kumaran (21 off 19 balls, 3 fours) and No.9 Kiran Akash (18 not out off 12 balls, 2 fours, 1 six) saw the side through to the finish after some tense moments.

After 15 overs, SMP were down for the count at 73 for 8, needing another 24 runs off 30 balls. Kiran Akash broke the shackles with a four and six in the 17th over bowled by Sunil Sam. No.8 Ramachandran Mithun finished the match in the next over by hitting left-arm spinner M Shajahan for a four.

Sunil Sam (2-21) alongwith left-arm spinners S Mohan Prasath (2-23) and Maan K Bafna (2-20) troubled SMP the most. All three bowled a maiden over each, creating a new record in the tournament for the most number of maiden overs bowled in an innings.