Home » Cricket » Since his debut, Pant has dropped more catches than any other keeper: Ricky Ponting

Since his debut, Pant has dropped more catches than any other keeper: Ricky Ponting 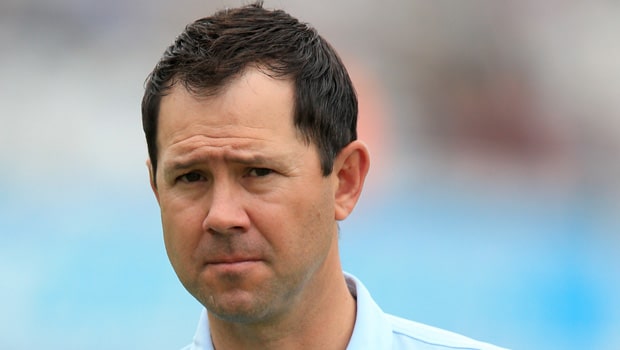 Former Australia skipper is highly unimpressed with Indian wicket-keeper Rishabh Pant as he dropped some crucial catches on Day 1 of the third Test between India and Australia at the SCG.

Pant let slip away two opportunities as he dropped Australia opener Will Pucovski twice in the span of three overs.

The debutant was batting on 26 when Ravichandran Ashwin induced an edge but Pant failed to hold on to the catch.

Three overs later, Mohammad Siraj’s bouncer hit Pucovski’s gloves and went up in the air. Pant ran backwards chasing the ball but he failed to take the catch once again. Pucovski went on to score 62 ultimately but Ponting thinks that India were lucky to get him dismissed even on that score considering the number of lives that was awarded to the youngster.

“The one’s (dropped catches) today are two that should be taken, simple as that. It’s probably lucky for Rishabh that Pucovski didn’t go on and make a big hundred or a double hundred and looking at the wicket, it looks like an unbelievable surface,” Ponting told cricket.com.au.

Pant has affected 65 dismissals in the 14 Tests so far but Ponting thinks his keeping still requires a lot of improvement.

“I’m sure when Rishabh put those catches down, he would have thought the worst and ‘here we go, he’s really going to make me pay’ but (Pucovski) didn’t today,” Ponting added. “I’ve said it all along, the knock on Rishabh is always going to be on his keeping. Since his debut in Test cricket, he’s dropped more catches than any other keeper in the world. That highlights he has got some work to do with his keeping.”

As far as Pucovski’s performance goes, Ponting praised the youngster a lot. He thinks Australia owe him a lot for the commanding position they hold at the end of Day 1. They were 166/2 at stumps and look set to cross 200 for the first time in the series.

“The thing I liked most was his composure. He looked really composed, he didn’t look overawed at all. He looked like he trusted his game, trusted his defence early on against some good fast bowling and just before the tea break started to expand his game a little bit; (he played) some nice cut shots, back-foot punches and some nice pull shots,” Ponting said.

“It’s a great start. He’ll be disappointed, no doubt, that he didn’t really cash in and make a big score. But at the same time, I think he’ll be quite content knowing he’s got a game that can stand up at Test level. We’ll all keep our fingers crossed and hope that he stays fit and healthy because he could potentially be a 10- or 12-year player for Australia.”