Home » Cricket » Since Kapil Dev, I haven’t seen a batsman open his arms like Shardul did: Ajay Jadeja 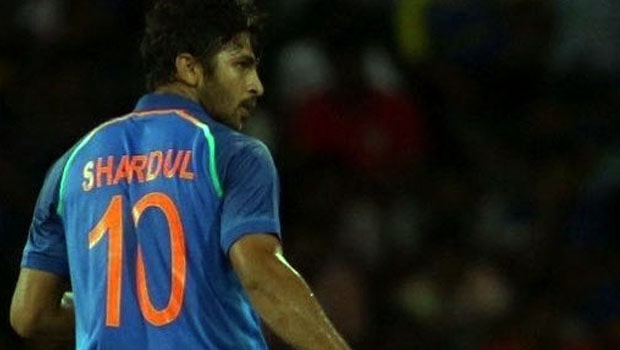 Shardul Thakur impressed everyone with his fighting innings of 67 on Day 3 of the final Test between India and Australia at Brisbane but former India batsman Ajay Jadeja took a special liking for the 29-year-old’s batting ability as he drew comparison with legendary Indian all-tounder Kapil Dev.

“More than his bowling, I was more impressed with his batting. When you see an Indian all-rounder, you think about Kapil Dev. I’m not even trying to say that he’s anywhere close to Kapil Dev, but after Kapil Dev, if I’ve seen a batsman open his arms the same way when he’s batting, it’s him (Shardul) – and I’m including all the batsmen that we’ve seen. The free-flowing batting that you saw yesterday, there’s more to it,” Jadeja said on the Extraaa Innings Show on the Sony Sports Network, following the end of play on Day 4.

Jadeja also said that Shardul can become a regular name in India’s Test XI going forward owing to the immense balance he provides with his all-round ability.

“Just see the way he’s batted. The hand is flowing… free-flowing player. The balance is so good. Those are shots that you expect from a batsman and here’s a player that Indian cricket has not even thought of as someone who could chip with both bat and ball,” Jadeja pointed out.

“He can play aggressive as well, is a decent fielder. So when you’re looking at a team for India and we say ‘look, we don’t know how to put that balance right because either batting or short or bowling is short, he is the man for that.”

Jadeja praised Shardul for his bowling as well. He picked up a total of seven wickets in the match and showed that he is a very skillful bowler. The former India batsman thinks that Thakur has become quite mature as a bowler now.

“Grinding himself in First-Class cricket has made him stronger mentally. We have seen that difference in his bowling. Couple of years ago, he was a tearaway fast bowler. He is still bowling quick; he’s not bowled slow. Infact he’s bowled closer to 140, but it’s more measured and has more control,” Jadeja added.