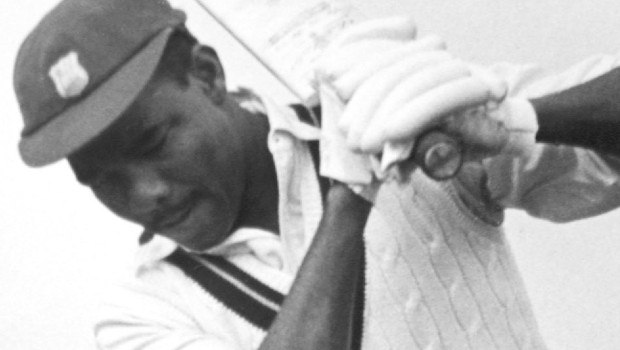 West Indies legendary batsman Sir Everton Weekes has passed away at the age of 95 years. The former right-hander took his last breath at his home Christ Church in Barbados. Sir Weekes played 48 Test matches for the West Indies in which he scored 4455 runs at an impressive average of 58.62 and scored 15 centuries in his illustrious career.

The former legendary batsman had suffered a heart attack last year in June and he was ill since then. Weekes was the last of the three Ws, Frank Worell and Clyde Walcot, being the other two.

Weekes made his Test debut against England in 1947-48 but didn’t have a great start to his career. However, he soon announced himself at the Test level when he scored five centuries on the trot, which is still a record. Weekes scored one hundred against England and then smashed four more against India later in the year.

In fact, he could have got his sixth century had he not been run-out controversially in Madras while he was on 90 runs. Weekes had great batting skills and enriched the game with his presence. Weekes was known to pick the length of the ball early and then he would take on the attack on the opposition bowlers. Many of the cricket boffins in Australia rated him close to Sir Donald Bradman.

Weekes left school when he was only 14 to concentrate on cricket and football. In fact, he was part of the Barbados regiment and made his first-class debut for Barbados while playing against Trinidad and Tobago at Port of Spain in 1945. The right-hander amassed 12010 runs in 152 first-class matches at a staggering average of 55.34 and scored 36 centuries.

After taking his retirement, Weekes worked as a commentator and he also provided the youngsters with invaluable insights to help them grow in confidence. He also served as a match referee for three-match ODI series between India and Sri Lanka in 1994. Weekes was knighted in 1995.