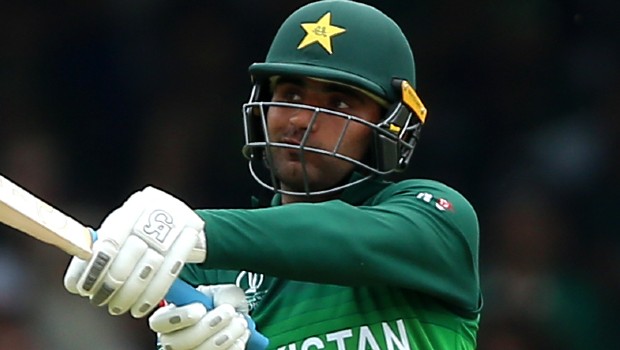 Six Pakistan players namely, Fakhar Zaman, Mohammad Hasnain, Mohammad Hafeez, Mohammad Rizwan, Shadab Khan and Wahab Riaz have tested negative for Covid-19 for the second time in three days, Pakistan Cricket Board confirmed on Tuesday. All these six players are now given a green signal to join the Pakistan squad in Worcestershire for the tour of England.

The players were re-tested on Monday after they had returned the negative test on June 26. Meanwhile, the rest of the Pakistan squad had left for England on June 28 for their upcoming tour. The squad had left without the 10 players, who were initially tested positive for coronavirus. Now, six out of the 10 players have been tested negative and they are all set to join their teammates in England.

Haider Ali, Haris Rauf, Imran Khan and Kashif Bhatti are yet to overturn their positive results and they would need to return two negative tests to be eligible to travel to England. Shoaib Malik will join the squad on July 24 after spending time with his family in India.

“The PCB will now start making their travel arrangements and the departure details will be shared in due course,” the board said in a statement.

Meanwhile, there has been a lot of confusion regarding the testing procedure of the PCB. Earlier, Mohammad Hafeez was tested positive when the board had conducted the testing.

The experienced batsman then went on to have his private test and shared the result of his negative test on his Twitter account. PCB was not impressed by the same and stated that Hafeez has created problems for the board. Now, the Professor, as he is famously known, has been tested negative on two occasions, (which are conducted by the PCB) and he will travel to England at a later date. In fact, Wahab Riaz had also taken an independent test.

PCB CEO Wasim Khan had stated to Cricket Baaz YouTube channel, “I spoke to Hafeez today and I made it clear to him our disappointment at the way he had handled this entire affair. As an individual, he has a right to take a private test but he should have spoken to us first because he created a problem for us. This is not the first time that Hafeez has breached our rules in the media.

PCB will now decide when these six players will travel to England. The first batch of the Pakistan players have already reached England and they have started their 14-day quarantine period at Blackfinch New Road, Worcester.

Pakistan will play three Test matches and as many T20Is against England in August.