Home » Cricket » SL vs IND 2021: I wanted to work with Rahul Dravid; feel lucky he is the coach – Bhuvneshwar Kumar

SL vs IND 2021: I wanted to work with Rahul Dravid; feel lucky he is the coach – Bhuvneshwar Kumar 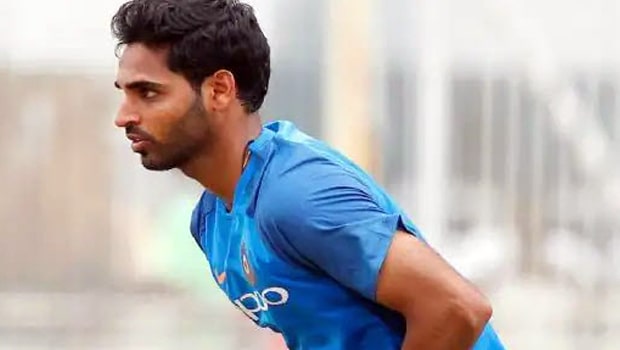 India’s vice-captain for the tour of Sri Lanka, Bhuvneshwar Kumar has stated that he wanted to work with Rahul Dravid and feels lucky that he is the head coach on the current tour. Bhuvneshwar hasn’t been at his absolute best since he has recovered from injury and he will look to pull up his socks.

Bhuvneshwar has been troubled by injuries in the recent past and he will look to bring his best to the table. The swing fast bowler was also not picked for the tour of England and reports had surfaced that he doesn’t want to play Test cricket for the Indian team. However, the fast bowler from Uttar Pradesh squashed such reports.

Bhuvneshwar Kumar said while talking to Star Sports Cricket Connected, “I have played against him (Rahul Dravid) and he was a part of the RCB team just when I got inducted into the team. So I don’t have any such memories with him, but when I got to the NCA, we did have some chats.”

Bhuvneshwar Kumar added: “I wanted to work with him and I am lucky that he is the coach. The young players have played under him for India A. So we want to work under him and pick his brain and want to understand how he manages things at that level for such a long time.”

“Yes, on paper, it is my role (vice-captain), but I do not think things will change. I think being a senior player my role is to do things that help other players in improving their skill and mental health. Being the vice captain of Team India is an honour and a responsibility. So I will try to continue doing things that I have been doing and hope our team does well on the tour.”

Bhuvneshwar is going to hold the key for the Indian team and he will aim to make his case stronger for the T20 World Cup. The first ODI between India and Sri Lanka will be played at R. Premadasa International Cricket Stadium on 13th July.