Home » Cricket » SL vs IND 2021: India should not take Sri Lanka lightly at all – Aakash Chopra

SL vs IND 2021: India should not take Sri Lanka lightly at all – Aakash Chopra 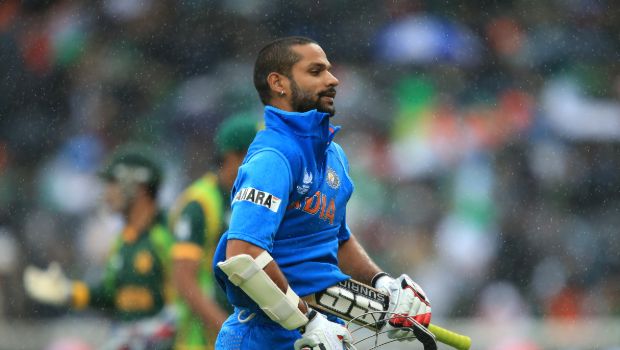 Former Indian opener Aakash Chopra feels Shikhar Dhawan-led team shouldn’t take Sri Lanka in the upcoming matches despite thumping them by seven wickets in the first ODI at R. Premadasa International Cricket Stadium, Colombo on Sunday. It was one-way traffic in the match as the tourists completely dominated the contest.

However, Chopra reckons Sri Lanka can bounce back if they come up with a better batting performance. In fact, all the Sri Lankan batsmen were able to get off to starts but none of them could convert them into substantial scores.

No host batsmen was able to get past the 50-run mark. Furthermore, they couldn’t pick the Indian spinners and were at sea while facing them. However, the renowned commentator feels that if Sri Lanka can put over 300 runs on the board then they can have some advantage as there is lack of International experience in India’s batting unit.

“It doesn’t look like that after the first game (if Sri Lanka can give India a challenge in the second ODI). But I still believe it’s possible. They need to score some more runs with the bat. A lot of players got a start and when that happens you expect at least one of them to make it big in the next game. And the moment you have that big score and are around that 300-mark, you can certainly put pressure on this Indian team. Youngsters like Ishan Kishan, Suryakumar Yadav and Prithvi Shaw all lack a bit of experience,” Aakash Chopra told ESPNcricinfo.

Chopra added that he was impressed by Sri Lanka’s opener Avishka Fernando and the visitors shouldn’t take the hosts lightly as they know their own conditions.

“I like Avishka a lot, imagine if he gets such a start again and puts up 130 then the same team will look very different and India will be under pressure. You shouldn’t think the opponents aren’t competing and just ‘participating’. It will be great if India wins but I won’t take the opponents lightly at all, they are well accustomed to these conditions,” added Aakash Chopra.

The cricket expert opined that there is no need to change the playing XI and the tourists should back the winning team in the second ODI.

“Not at all and there are two reasons for it. Firstly, you should pick the original team for a 3-match series after a lot of thought and planning because there should be a change only when something has gone radically wrong…There’s neither a scope for a tactical change here nor form wise because whoever batted did well and whoever bowled, did decently too.”

The second ODI will take place at the same venue on Tuesday.