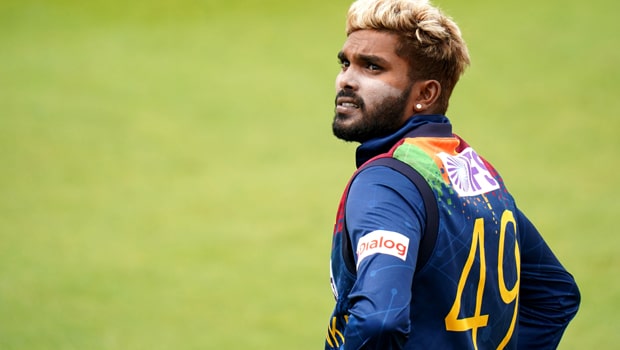 Sri Lanka former legendary spinner Muttiah Muralitharan feels the Indian Premier League franchises should look at Wanindu Hasaranga in the upcoming mega auction. Teams will be able to retain four players out of which either two can be Indian and two can be overseas or three can be Indian and one can be a foreign player.

As there are seven Indian players in the final XI of an IPL team, Muralitharan feels it is not easy for overseas players to make the cut into the playing XI. However, Wanindu Hasaranga has impressed one and all with his performances against India in the limited overs series.

Hasaranga all but won the second ODI for Sri Lanka as he scalped three wickets and conceded only 37 runs against India. However, Deepak Chahar was able to get his team over the line.

Hasaranga once again impressed in the first T20I against the visitors as he was the pick of the bowlers. The mystery spinner scalped two wickets and gave away only 28 runs in his quota of four overs. Thus, the Sri Lankan spinner has been able to prove his mettle and must have caught the eyes of some of the IPL scouts.

Muralitharan said while talking to ESPN Cricinfo, “IPL franchise should look at him. But the problem is if it’s a local players, he walks into the side. But if it’s a foreign player, you have to see which franchise wants a foregn spinner.”

“It’s a tricky thing. They will buy him but playing him is something which will not be easy for a franchise. Because some franchise look mostly at Indian spinners rather than foreign spinners. He will get a launch and if he gets a game or two and performs, then he will be a regular player.”

The Sri Lanka great added that Hasaranga is a very good bowler in the shorter formats of the game. Hasaranga was able to dismiss a well-settled Suryakumar Yadav on the first ball he had bowled.

“He bowls well in T20s most of the time. In shorter games he is a very good bowler. He took the wicket of Suryakumar Yadav which was important otherwise, Suryakumar would have gone on to score an even bigger score. The total would have been very different.”