Home » Cricket » SL vs IND 2021: Prithvi Shaw is a better One-Day and T20 player than a Test player – Muttiah Muralitharan

SL vs IND 2021: Prithvi Shaw is a better One-Day and T20 player than a Test player – Muttiah Muralitharan 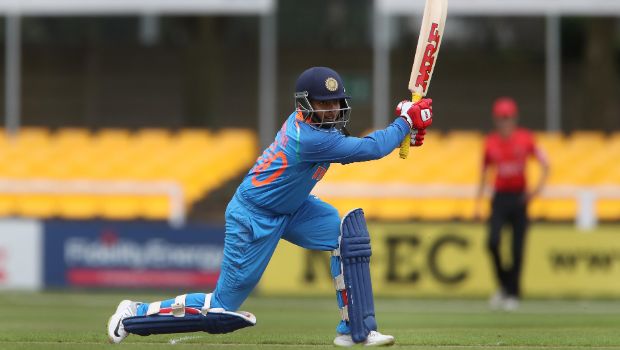 Shaw wasn’t able to deliver the goods in the first Test against Australia in the pink-ball game at Adelaide and thus he was dropped from the team as Shubman Gill got his chance in the second Test at MCG.

Meanwhile, Shaw has been in sublime form in the recent past and he will look to grab his opportunities in the upcoming series against the Island nation. The right-hander scored 827 runs in the eight matches of Vijay Hazare and ended as the highest run-scorer of the tournament.

Shaw then continued his good form in the IPL as he amassed 308 runs in eight matches of IPL 2021 before the season was postponed by the BCCI.

“For me, Prithvi Shaw is a better one-day and T20 player than a Test player because the way he plays is like Sehwag. He puts the bowling side under pressure and if he scores big then India have a good chance of winning because they will post a huge total within a short frame of time,” Muralitharan opined while talking to ESPN Cricinfo.

On the other hand, the former great added that Shaw doesn’t have the fear of getting out as he plays fearlessly from the get-go. Shaw is known to hit the ground running and he is not afraid to take the attack on the opposition.

“Prithvi Shaw doesn’t have the fear of getting out. That is a plus point because you need such players to win matches and India should encourage him (to play his natural game). Shikhar can go on normally and Prithvi can damage the bowling if he stays on the wicket and that is a big advantage for India,” Muralitharan concluded.

Shaw is expected to open the innings with Shikhar Dhawan in the limited-overs series against Sri Lanka and he will look to grab his chances and make a case for himself in the upcoming T20 World Cup.