SL vs IND 2021: Rahul sir motivated me, asked me to enjoy my bowling: Kuldeep Yadav 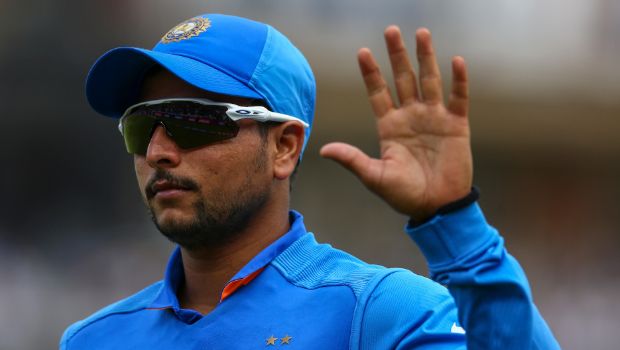 India’s wrist spinner Kuldeep Yadav credited team’s head coach Rahul Dravid after making an inspirational comeback against Sri Lanka in the first ODI at the R. Premadasa International Cricket Stadium, Colombo on Sunday. Yadav was lacking in confidence and didn’t even get to play a game in the IPL for Kolkata Knight Riders.

The wrist spinner scalped two wickets and conceded 48 runs in the nine overs he bowled in the first ODI. In fact, the spinner from Uttar Pradesh was able to get both his wickets in the same over. Yadav bowled a short delivery against Bhanuka Rajapaksa, who tried to play a big shot on the leg-side but could not get the elevation he was looking for and Shikhar Dhawan took a good running catch.

The second wicket was a classical leg-spinner dismissal as Yadav drew Minod Bhanuka into a drive and produced the outside edge which was easily taken by Prithvi Shaw at first slip. Yadav stated that Dravid motivated him and asked him to enjoy his bowling and thus he was able to deliver the goods for the team.

“Pressure and nervousness are always there when you play. I was playing after a long time. Initially, there were a lot of conversations. Rahul sir backed me and motivated me a lot. He talked about enjoying the game, believing in the process that we worked on in the last fifteen days without worrying about the result. I am very happy about the good performance,” Yadav said in the post-match press conference.

On the other hand, Yadav added that a lot of doubts creeped into his mind when he was not getting his chances consistently. The wrist-spinner wasn’t at his best and could not make it to the playing XI on a regular basis.

“It’s difficult to stay in the bubble for a long time but when you are not playing, a lot of doubts creep into your mind. Perhaps, there are a lot of people who want to help you, talk to you, but the more you talk the more doubts are created. But it’s a team sport, sometimes you get the chance, sometimes you don’t. You should just wait for that opportunity,” said Kuldeep Yadav.

Kuldeep will look to continue the good show and this performance would have done him a world of good. The second ODI between India and Sri Lanka will take place at the same venue on Tuesday.