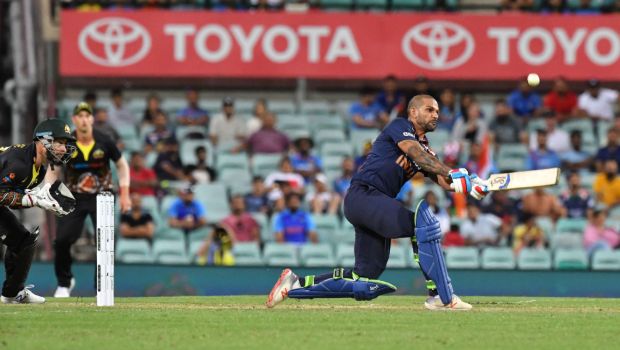 It has been reported by Sports Tak that Shikhar Dhawan has also entered isolation and he is all set to miss the remainder of the T20I series.

Dhawan is identified as one of eight close contacts of Krunal Pandya who was tested positive for Covid-19 on Tuesday.

Earlier it was reported by PTI that all the eight close contacts to Krunal Pandya have been tested negative and they will be allowed to take part in the second T20I. However, it is now reported that all these eight players will not be allowed to enter the ground and will be asked to isolate themselves.

An anonymous source told PTI, “Krunal Pandya is symptomatic with cough and throat pain. He is obviously out of the series and will not be able to return with the rest of the squad members. However, the good news is that all his eight close contacts who were identified by the BCCI medical officer Dr. Abhijit Salvi has tested negative.”

Hardik Pandya, Yuzvendra Chahal, Suryakumar Yadav, Prithvi Shaw, Manish Pandey, Ishan Kishan and Krishnappa Gowtham were the players that were deemed to be in contact with Krunal Pandya and entered isolation as a result.

Meanwhile, Pandya has entered 7-day isolation after testing positive and he is symptomatic of the virus.

Thus, if Shikhar Dhawan is ruled out of the playing XI, it will be hard for the visitors to even field 11 players against Sri Lanka in the second T20I. Bhuvneshwar Kumar, the team’s vice-captain, is expected to take the captaincy mantle if Dhawan doesn’t play.