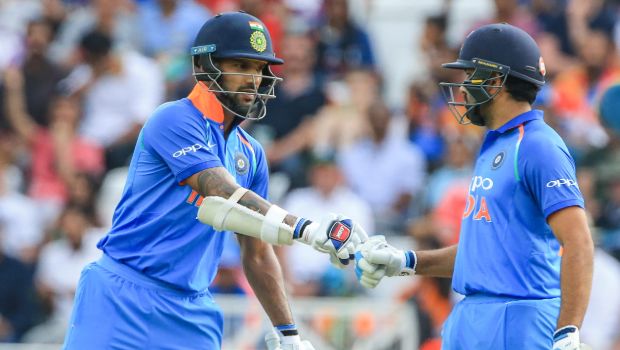 Dhawan led the team from the front in the first ODI against Sri Lanka at the R. Premadasa International Cricket Stadium, Colombo on Sunday as the visitors destroyed the hosts by seven wickets to take a 1-0 lead in the series.

Dhawan also played a captain’s knock of 86* runs off 95 balls to take his team over the line in the first match of the series. In fact, the veteran southpaw batsman played second fiddle to Prithvi Shaw and Ishan Kishan, who both scored at an express pace.

On the other hand, Dhawan has been in sublime form while playing in the IPL and he has also increased his strike rate in the recent past. The southpaw scored 618 runs in IPL 2020 and finished as the second highest run-getter of the tournament. The experienced batsman had also scored two back to back centuries in the previous season of IPL.

Furthermore, Dhawan continued his sublime form in the first phase of IPL 2021 as he scored 380 runs in eight matches and was the highest run-getter of the tournament before it was postponed indefinitely. Thus, he will definitely make a case for himself in the T20 World Cup squad if he has a good series against Sri Lanka and also the IPL.

However, there is no denying the fact that Dhawan is currently slightly behind Rohit Sharma and KL Rahul in the race for the opening slot for the T20 World Cup.

Deep Dasgupta said while talking on his YouTube Channel, “This series is huge for Shikhar Dhawan. 50 overs format is his strongest suit according to me but the way he is batting, he is not only relevant for the 2023 World Cup, he is also relevant for the T20 World Cup.”

Meanwhile, Dasgupta added that Dhawan’s knock was filled with experience as he held one end up and took a backseat during his innings as the youngsters were scoring at brisk pace.

“This knock was filled with experience. Dhawan was happy to take a step back when Prithvi Shaw and Ishan Kishan played their shots. As soon as these two got out, Dhawan picked up his strike rate and finished his innings with a 90+ strike rate. That’s what you want to see in an experienced batsman.

“He (Dhawan) did not compete with Prithvi Shaw, who actually is his competitor for the opener’s slot. He has shown a lot of faith in himself, his ability and batted with responsibility. So a huge plus for Shikhar Dhawan according to me. All in all, this was not a mere win, but a statement made,” Deep Dasgupta said.

The second ODI will take place on Tuesday at the same venue.