SL vs IND 2021: Shikhar Dhawan needs to make best possible use of these chances – WV Raman 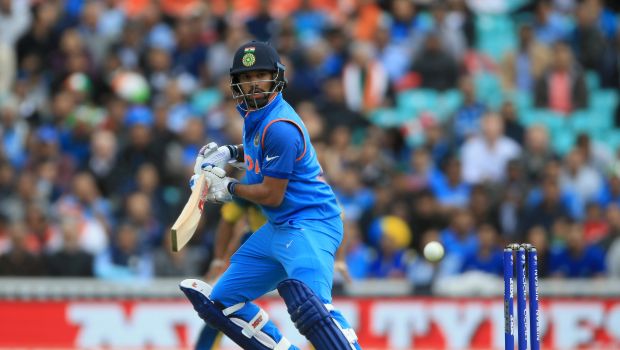 Former Indian batsman WV Raman feels stand-in captain Shikhar Dhawan needs to make the best possible of the upcoming series against Sri Lanka to be in contention for the T20 World Cup.

Currently it is believed that Rohit Sharma and KL Rahul are the first choice openers for the T20 World Cup and Dhawan will need to score big to make a case for himself.

Dhawan has been in good form in the recent past in the shortest format of the game. The southpaw scored 618 runs in the previous season of IPL 2020 and finished as the second highest run-getter of the tournament. Thus, he played a key role in taking Delhi Capitals to the final of the tournament.

Dhawan continued his good form in IPL 2021 as he scored 380 runs in eight matches and ended as the highest run-getter of the tourney before the tournament was suspended.

Dhawan will lead the Indian team for the first team in his career and he will look to bring his best to the table.

“In the case of Shikhar, it is a case of retaining his competitive edge, waiting and watching as to how things pan out. Unlike others, Shikhar needs to be a bit more patient and needs to try and ensure that he makes the best possible use of these matches and put the ball in the selectors’ court,” WV Raman asserted while talking to TOI.

On the other hand, Raman feels the upcoming series against Sri Lanka will be a great opportunity for Prithvi Shaw. Shaw is also in good form as he had scored 827 runs in the Vijay Hazare Trophy whereas he scored 308 runs in eight matches of IPL 2021 for Delhi Capitals.

“He (Shaw) is a quality player and this tour is an opportunity for him to get runs against an international side,” WV Raman said.

Furthermore, Raman feels Rahul Dravid can take over the coaching role from Ravi Shastri in the coming time. Dravid has done a fabulous job at the Under-19 and India A level and he has got the best out of the young players.

“It (Dravid becoming a full-time coach) is likely to happen. There is no saying as to when it will, but I will be surprised if it doesn’t happen sometime in the (near) future,” WV Raman concluded.