Home » Cricket » SL vs IND 2021: Suryakumar Yadav is a great player, his batting is amazing to watch: Shikhar Dhawan 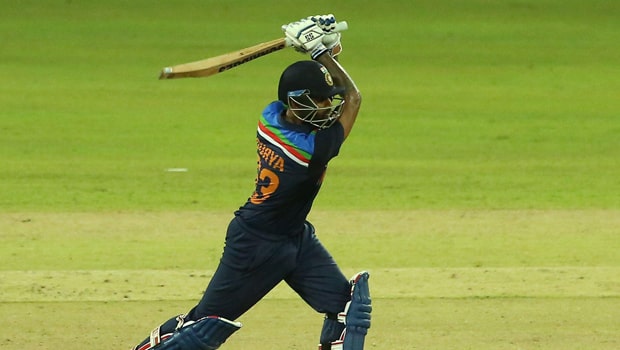 The Indian stand-in captain Shikhar Dhawan has heaped praise on rookie batsman Suryakumar Yadav who has been able to impress with his skills. SKY, as he is fondly known, has impressed in his short International career as he is ticking the right boxes.

The right-hander scored 50 runs off just 34 balls on a slow pitch against Sri Lanka in the first T20I at the R. Premadasa International Cricket Stadium, Colombo on Sunday. Yadav’s knock propelled India to a fighting score of 164 runs after Sri Lankan captain Dasun Shanaka won the toss and decided to bowl first.

Yadav has been able to hit the ground running in all the matches he has played and he plays proper cricketing shots without taking much risks. The 30-year old has a great technique against the spinners and he is impeccable in finding the gaps.

In fact, Yadav’s fifty on Sunday against Sri Lanka was his second in his third T20I. Furthermore, the right-hander had scored 124 runs in three ODIs and was awarded the Player of the series in his maiden ODI series.

Dhawan stated that Yadav’s batting is amazing to watch as he is a treat to the eyes. Furthermore, the Indian captain gave credit to the spinners – Krunal Pandya, Yuzvendra Chahal and Varun Chakravarthy.

Shikhar Dhawan said in the post-match presentation, “I thought we were 10-15 runs short. I feel we played quite well after losing early wickets. It was about one or two boundaries, we knew we could get going. He(SKY) is a great player and we enjoy watching him bat. He took the pressure from me and the way he plays calculated shots was amazing to watch. They were playing well, we knew our spinners would do the job on that wicket. Bhuvi bowled well, so was KP. Everyone stood up and even Varun, playing his first match did well giving a few runs and got the wicket. Prithvi is playing well and he is going to bounce back stronger. He’s (Varun) difficult to pick, I am very happy for him”.