Home » Cricket » SL vs IND 2021: This innings could be a turning point for how selectors look at Deepak Chahar – Deep Dasgupta

SL vs IND 2021: This innings could be a turning point for how selectors look at Deepak Chahar – Deep Dasgupta 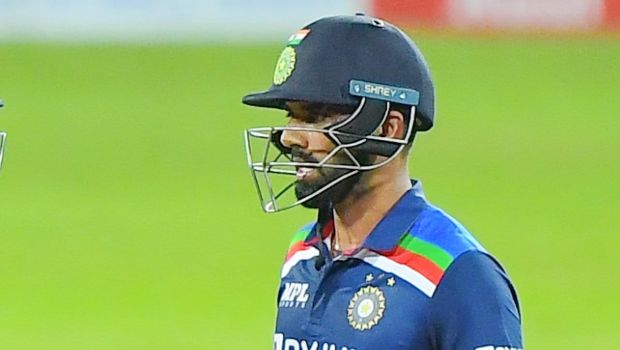 Former Indian wicket-keeper batsman Deep Dasgupta feels that Deepak Chahar’s match-winning knock of unbeaten 69 runs could be the turning point for how selectors look at him in future.

Chahar is mainly known for his bowling but he showed that he can also deliver the goods with the bat for the Indian team.

Chahar joined forces with Krunal Pandya when India was 160-6 and needed 116 runs to chase down the target in the second ODI against Sri Lanka on Tuesday. Pandya was dismissed when the score was 193-7 and it looked like Sri Lanka would be able to level the series.

However, Chahar showed great maturity as he took the match deep and played at the top of his game. The right-hander has certainly improved his batting skills and the same was palpable in his knock. There was a lot of pressure on Chahar but he stayed calm and played a mature knock.

Meanwhile, if Chahar continues to deliver with the bat in a similar fashion, his value in the side will definitely increase. India already have quality all-rounders like Hardik Pandya, Ravindra Jadeja and Krunal Pandya and Chahar will also look to join the list.

Deep Dasgupta said while talking on his YouTube channel, “If India misses something in white-ball cricket, that is the presence of an all-rounder. Deepak Chahar has proved in this game that he can satisfy that role.

“This innings could be a turning point for how selectors look at him. He bowled well at the death and also batted well. If he improves, he can be the all-rounder that India needs.”

Chahar has a List A career average of 16.25 and thus he will need to improve the same. The right-hander has certainly shown the promise that he can be an valuable asset with the bat but he will need to be consistent while batting down the order.

The bowler from Rajasthan has already impressed as he can get the ball to swing both ways. Furthermore, he scalped two wickets each in the first two matches against Sri Lanka. Ergo, Chahar will look to continue the good show in the coming matches. The third ODI will be played at R. Premadasa Stadium, Colombo on Friday.