Home » Cricket » SL vs IND 2021: Was surprised to see Kuldeep Yadav not play for KKR in Chennai – Wasim Jaffer

SL vs IND 2021: Was surprised to see Kuldeep Yadav not play for KKR in Chennai – Wasim Jaffer 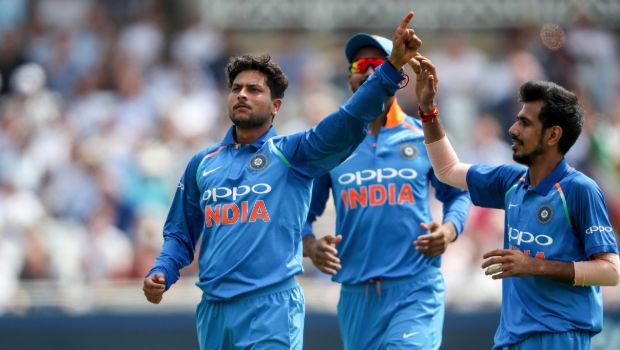 Former Indian opening batsman Wasim Jaffer was surprised to see Kuldeep Yadav not get a game for Kolkata Knight Riders in the IPL when the team played in spin conducive conditions of Chennai.

Varun Chakravarthy was preferred ahead of Kuldeep Yadav by Eoin Morgan and Brendon McCullum as Yadav was left at warming the benches.

Kuldeep hasn’t been in the best of forms and he himself was shocked when he could not make the cut into KKR’s playing XI in the first phase of IPL 2021. The wrist spinner was expensive in the limited-overs against England before the IPL and had scalped two wickets in the one Test match against the tourists.

Yadav has been able to perform consistently for the national team and thus he also lost his place in the IPL side. The left-arm spinner will now look to grab his opportunity in the upcoming series against Sri Lanka and make a case for the T20 World Cup.

“I am looking forward to Kuldeep playing. You know, he’s been on the bench for a very long time and I am looking forward to him getting some opportunities and doing well because he’s a very exciting player. I was surprised that KKR didn’t even play him even in Chennai where the pitch was turning. I want to see him play and do really well,” Jaffer said in a video posted on his YouTube channel on Saturday.

It will be interesting to note Kuldeep’s performances in the upcoming series against Sri Lanka. Kuldeep will need to deliver his best to make a case for himself. The wrist spinner is down in confidence and he will aim to bowl in tandem with Yuzvendra Chahal.

Kuldeep has the variations under his belt and he can play a key role for the Indian team in the T20 World Cup. The first ODI between India and Sri Lanka will take place at R. Premadasa International Cricket Stadium, Colombo on 18th July.