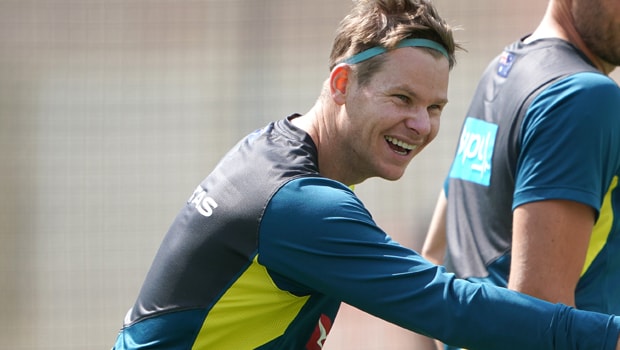 Australia’s linchpin batsman Steven Smith reckons his team will have the wood on India in the day-night fixture. The Virat Kohli-led team is all set to tour Down Under later in the year for four Test matches. The first Test match will be played at the Gabba, Brisbane from December 3 whereas the second Test match at Adelaide Oval will be played from December 11, which will be the pink-ball Test.

Australia has played seven pink-ball Test matches and they have a 100% record. On the other hand, the Indian team doesn’t have a lot of experience while playing in the day-night fixtures. The Virat Kohli-led team played a solitary pink-ball Test match against Bangladesh, which they won by an innings and 46 runs. At Eden Gardens in October 2019.

Meanwhile, India had savoured success for the first time on the Australian soil in their previous tour of 2018-19. However, it is going to be a difficult challenge altogether as Smith and Warner are back in Australia’s side.

Smith has been in sublime form in the red-ball version and he also tops the list of scorers in pink-ball Test matches.

“We played a few more pink ball games, perhaps, than India which might be a slight advantage,” Smith said while talking to Sony Sports.

Smith understands that the Indian team is the best in the Test fold and they have a quality batting and bowling line-up, which can deliver the goods for them.

“India played pretty well in the day-night game they played at Kolkata. It’s a different game but they certainly got the batters that can stand up to the conditions when it gets tough with the Pink Ball. And their bowlers, they stand the seam up with quality.”

“They are world class players who are able to adapt to anything, so I see it being a pretty amazing contest,” he said.

The pink ball is slated to move a lot more than the red ball and thus it is not easy for the batsmen to score against the former. Australia have got the experience and it is going to give them the advantage while playing in their own conditions.

On the other hand, Australia pack leader Mitchell Starc has a brilliant record in the day-night Test matches as he has scalped 42 wickets in seven games at an impressive average of 19.23. Hence, there is doubt that it would be a tough job for the Indian team to go past Australia in the pink ball Test match at Adelaide.