Home » Cricket » Smith has an edge in Test cricket, Virat Kohli is the best in shorter formats – Aaron Finch

Smith has an edge in Test cricket, Virat Kohli is the best in shorter formats – Aaron Finch 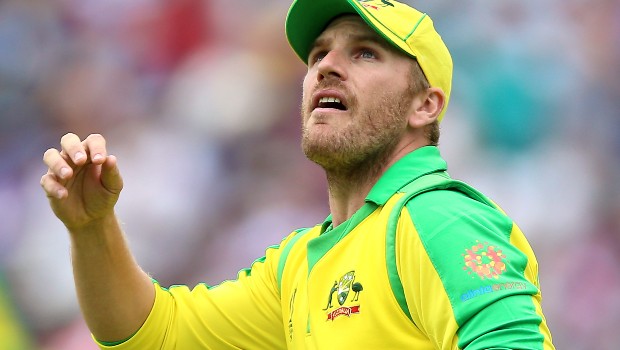 Australia’s limited-overs captain Aaron Finch believes Steven Smith has an edge in Test cricket as compared to Virat Kohli. Finch also feels that by the time Kohli will finish his career, he will be the best one-day player of all-time. Meanwhile, comparing Steven Smith and Virat Kohli has been a norm as both of them are the best batsmen of the current generation.

Smith has been able to make a roaring comeback after his one year ball-tampering ban. The talisman was at the top of his game when he scored 774 runs in four Ashes Tests in 2019. The right-hander has a solid technique and it is hard to go past him once he gets settled. Smith is the number one Test batsman in the ICC rankings. Finch added that Smith is an unbelievable Test player.

On the other hand, Kohli is hot on the heels of Smith in the Test fold. The Indian captain has been at his best in the limited overs format and his record while chasing a target is sensational. Kohli has been instrumental in the success of the team in all the conditions and he has done a fine job.

“Sometimes they (Virat Kohli and Steven Smith) get out early, but that’s just part of the game but they do not miss out too many times in a row. When they get in they go big. I think Smith has an edge in Test cricket. Steve in Test cricket is unbelievable,” Finch said in an interview with Sports Tak.

“By the time Virat Kohli finishes his career, he will be the best one-day player of all time, if he is not already. Playing against him is difficult but at times it is also beautiful to watch. It is like playing against anyone who is the best of the best, regardless of whether it is Virat or Rohit or Kane Williamson or David Warner.”

Both Steven Smith and Virat Kohli are the best batsmen in the world and their records speak for themselves. Smith has a staggering average of 62.84 in the Test fold as he has scored 7227 runs in 73 Test matches. The talisman has his own technique and he is strong on his pads.

On the other hand, Kohli is the solitary batsman to have an average of more than 50 in all the three forms of the game. Kohli has amassed 11867 runs in 248 ODIs at a fine average of 59.34. Overall, Kohli has scored more than 21000 International runs and he has scored 70 centuries. The Indian skipper hardly has any chunk in his armour and he generally goes on to make a big score if he gets settled at the crease.