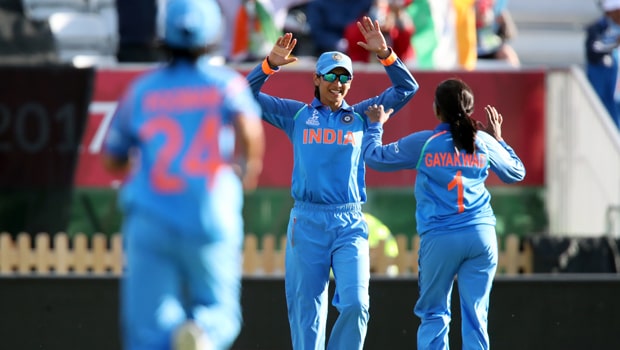 India Women’s Cricket Team’s ace batter Smriti Mandhana completed 2000 runs in one-day international cricket during India’s six-wicket win over West Indies Women in the third ODI of the series at Antigua on Wednesday. With this win, India also won the series by a 2-1 margin despite being 0-1 down after the first ODI.

This was Mandhana’s first match after recovering from an injury sustained during India’s home series against South Africa Women last month. Mandhana batted beautifully and was quite aggressive during her 63-ball knock of 74 runs which was also studded with nine fours and three sixes.

She was also involved in a 141-run opening stand with Jemimah Rodriguez and the duo completely dominated the Caribbean bowling as long as they batted. Mandhana was finally dismissed caught by Afy Fletcher off Hayley Mathews’ bowling.

The 23-year-old also went on to achieve some major feats while completing her 2000th run in ODIs. She achieved the feat in 51 innings which is the third fastest for any player in Women’s cricket. Only Belinda Clark (41) and Meg Lanning (45) have taken lesser number of innings than her.

It also made her the fastest Indian to the milestone in Women’s Cricket and the second fastest Indian overall (Men/Women) after Shikhar Dhawan who reached the feat in 48 innings.

Moroever, this was Mandhana’s 9th consecutive fifty in run-chases, which is also the joint-fastest in Women’s Cricket along with Suzie Bates, who had a similar run between 2015 and 2017.

Mandhana has been in a terrific run of form and she would be eager to carry this momentum forward into the upcoming T20I series starting with the first T20I at St. Lucia.