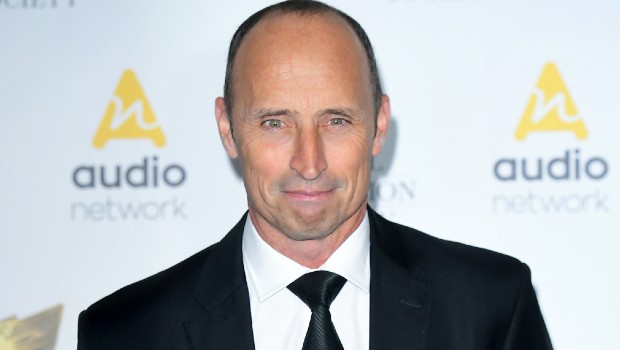 Former England captain Nasser Hussain is known for brilliant analysis. Hussain had also led England with aplomb and took his team to new heights. The former England skipper also shared a great rivalry with Indian captain Sourav Ganguly. The Natwest trophy of 2002 is one of India’s biggest overseas ODI wins.

Hussain believes India carried a tag of a ‘nice team’ before Sourav Ganguly took the captaincy baton from Mohammad Azharuddin. The Chennai born Hussain feels Ganguly was instrumental in making them a tough team as he got the best out of his players.

In fact, Ganguly took over the captaincy reins at a difficult time when there were allegations of match fixing. However, the Prince of Kolkata made sure that he led from the front. Ganguly knew which players he wanted to back and gave them ample opportunities.

Players like Yuvraj Singh, Zaheer Khan, Virender Sehwag and Harbhajan Singh glittered under the tutelage of Ganguly. Subsequently, India started to achieve success while playing in overseas conditions and they grew in confidence.

“Before Sourav, India was a nice team, great players, Azhar, Javagal Srinath, they had some fantastic players, but before Sourav, they were a nice team. Very sort of ‘good morning, how you doing’, you know a bit like you Harsha to be honest, very nice and pleasant. Ganguly made them a tough team. Waiting for the toss for Ganguly, it is half past 10, 10.31 in England, ‘where is Ganguly’? Steve Waugh, me, everyone,” Nasser Hussain told Harsha Bhogle on Cricbuzz in Conversation.

Ganguly was aggressive in his approach and he liked to take the bull by its horns. Ergo, he was instrumental in changing the mindset of his teammates and pushed them to the limits to achieve one common goal – which was to win at any cost.