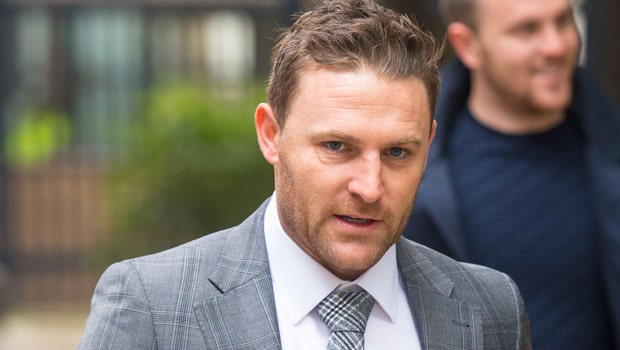 Brendon McCullum had catapulted the Indian Premier League in style as he had scored a whirlwind unbeaten knock of 158 runs off just 73 balls while playing for Kolkata Knight Riders against Royal Challengers Bangalore in the opening match of the inaugural season 2008. That knock is written in the golden pages of the IPL and McCullum was unaware of what he had achieved.

In fact, Brendon McCullum’s opening partner Sourav Ganguly told him that this knock will change his life forever. McCullum didn’t realise at that stage but then came on to know that he had played a huge role in getting the IPL started in grand style.

McCullum was on fire and everything he connected came from the middle of the bat. The right-hander had smashed 10 fours and 13 maximums in his knock as he scored his runs at a blistering strike rate of 216.43. KKR went on to rack up 222 runs in their 20 overs and skittled out the RCB for a paltry score of 82 runs. Thus, they won by a gargantuan margin of 140 runs.

McCullum has since then admitted that the special knock did change his life forever as he got more opportunities. The former New Zealand captain feels good that he played a key role in the launch of the IPL, which is now one of the best cricket tournaments in the world.

McCullum said while talking to Chandresh on Cow Corner Chronicles, “It was probably when Sourav Ganguly, Dada, came up to and said, ‘You realise, this has changed your life forever?’. And I kind of knew what he meant at the time. But I didn’t anticipate just quite what it really meant.

“I’ve said all the time that it literally changed my life. The opportunities I’ve had beyond that, and the chances I’ve been able to take because of that one night in Bangalore, it was something I’ll never forget.

It was a fascinating start to the IPL and McCullum’s staggering knock helped in laying down the foundation of the league. McCullum went on to play 109 IPL matches in which he scored 2880 at an average of 27.69 and a strike rate of 131.75.