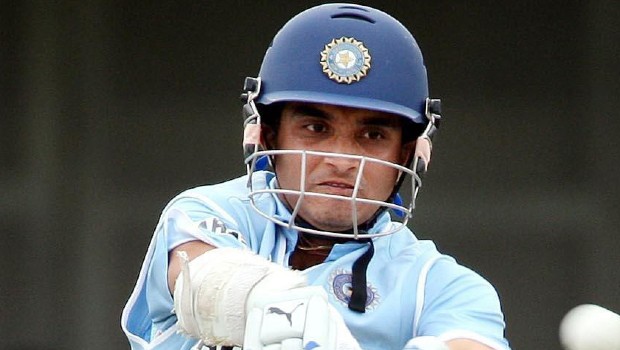 Bengal’s veteran batsman Manoj Tiwary has heaped praise on former Indian skipper Sourav Ganguly. Tiwary stated that Ganguly played a major role in producing the players, who went to play a crucial role in the team’s 2011 World Cup triumph. Players like Yuvraj Singh, Harbhajan Singh, Zaheer Khan, Gautam Gambhir and Virender Sehwag were groomed under the captaincy of Ganguly and also played a big role in the success of the team in 2011 World Cup.

Yuvraj Singh was awarded the Player of the tournament in the World Cup as he had scored 362 runs and scalped 15 wickets. On the other hand, Zaheer Khan was the joint leading wicket-taker with 21 wickets in the tourney.

In fact, India’s 2011 World Cup captain MS Dhoni was given the chance in the top order by Sourav Ganguly and subsequently, he was able to cement his place in the side.

Ganguly was always known to motivate the young talent in the side and if he saw the skills in a particular player, he used to back him. The former Indian skipper was known to get the best out of the players and guided them on the right path.

In fact, many cricket experts reckon that Ganguly played a huge role in building the Indian team. The team’s performance also improved manifold in the foreign conditions under the leadership of Sourav Ganguly, as the team fought tooth and nail with the opposition.

“Sourav Ganguly has played a big part in building that team over a period of time. If you go deeply and see the players who performed well when we won the World Cup in 2011, all the players started when Sourav Ganguly was leading the country.”

“He gave so much of security to youngsters at that point of time, whether it be Sehwag, Yuvraj Singh, Harbhajan Singh, Zaheer Khan, Ashish Nehra or Gautam Gambhir. All that experience worked for us in 2011 under the brilliant captaincy of Dhoni,” Tiwari said while talking to Sportskeeda.

Tiwary praised Ganguly for taking Indian cricket out of the muddle as there were allegations of match-fixing before he had taken the reins of captaincy. The right-handed batsman also added that MS Dhoni was able to continue the legacy forward before the baton was passed to current skipper Virat Kohli.

Ganguly was always known to lead with aplomb and took Indian cricket to new heights under his leadership. The former Indian captain was always confident in his methods and backed his players to the hilt.