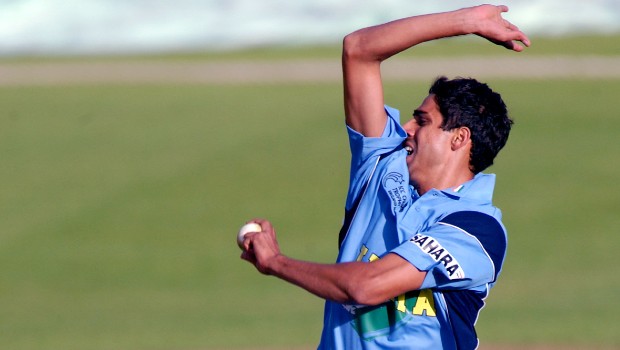 Ashish Nehra, the former Indian paceman, revealed that Sourav Ganguly used to fight with selectors to back the players he wanted in the side. Ganguly knew which players would deliver the goods for him and he was known to back them to the hilt. The former Indian captain got the best out of his players and gave them ample opportunities.

In fact, Ganguly knew that players like Virender Sehwag, Yuvraj Singh, Harbhajan Singh and Zaheer Khan are going to be imperative for the team’s success. Ergo, he kept throwing them their deserved opportunities and all these four players had great careers for the team.

Ganguly was known for his aggressive captaincy and had taken over the reins in a tumultuous time of match-fixing. However, the southpaw batsman was able to lead from the front as India started to win in the overseas conditions. Ganguly led the team in 196 matches across formats in which the team won 97 whereas they lost 79. Thus, he had a winning percentage of 49.48.

Furthermore, Ganguly had promoted Virender Sehwag to the opening slot. Sehwag then had a successful career as an opener especially in the red ball version of the game.

“Ganguly had the challenge of creating a new team. The good thing about Dada (Ganguly) was that he would mark the players he knew he had to back and he would go to the extent of fighting with the selectors and speaking to the president to back them,” Ashish Nehra said while talking to Aakash Chopra on latter’s show Aakashvani.

On the other hand, Ashish Nehra spoke about the captaincy of former skipper MS Dhoni, who is regarded as the best ever Indian captain. Nehra believes Dhoni’s challenge was to lead the senior players in the team and he was able to successfully do it. Dhoni was also able to get the best out of his players and he is regarded as one of the shrewdest minds to have embraced the game.

The wicket-keeper batsman was known to stay ahead in the game and he was clear in his tactics. Dhoni always led with a calm head on his shoulders which helped him yield the best results for the team.