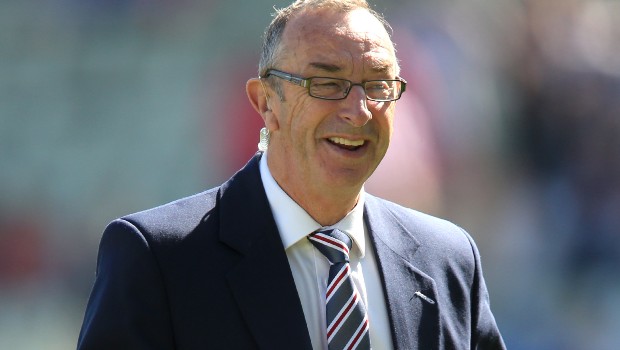 England former batsman and now a commentator David Lloyd has heaped praise on former Indian captain Sourav Ganguly and current skipper Virat Kohli. Lloyd stated Sourav Ganguly was the catalyst whereas Kohli is taking Indian cricket to new heights. Meanwhile, Sourav Ganguly was able to get the best out of his players and led from the front.

Lloyd added that the Indian team was a force to reckon with during Ganguly’s tenure as captain. Ganguly made sure that the team performed up to the mark in the foreign conditions and they were not a pushover side.

The Indian team started ticking the right boxes under Ganguly’s captaincy and performed at the top of their game. The results were palpable and the team grew in confidence with time.

“I’m a massive fan of Ganguly by the way. I think Sourav Ganguly gave the team a real steel that we will not be dictated by quick bowlers because we’re going to find some of our own players,” David Lloyd said in a chat show on Sony Ten’s Pit Stop.

“Of course, India in India, it is unbelievably difficult. But you always felt that India away from home that you’ve got every chance. Ganguly was the catalyst. Ganguly, and there was the duo of Rahul Dravid and Sachin Tendulkar.

On the other hand, Virat Kohli is now taking Indian cricket to great heights. Kohli is a fearless captain and he likes to take the bull by its horns. The Indian captain is getting the best out of the pace battery and he has played a key role in their development. Lloyd added that Kohli wants to win matches for the team and he doesn’t care about his personal milestones.

Virat Kohli is doing a fine job for the Indian team and he would like to continue in a similar manner. Kohli is getting the best out of the players and he is also one of the best batsmen in the world.