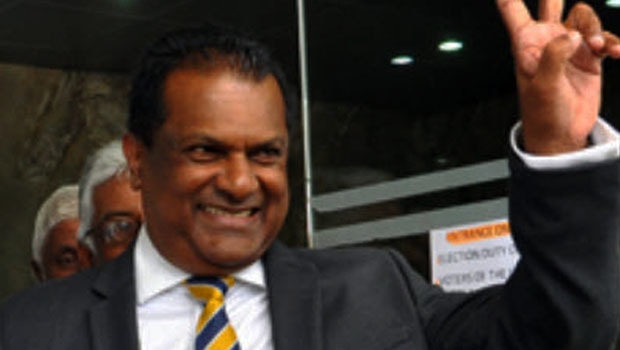 Sri Lankan Cricket has extended a helping hand towards the Board of Control for Cricket in India to host the Indian Premier League amid the ongoing coronavirus outbreak. The IPL was to begin from March 29 with defending champions Mumbai Indians taking on runners-up Chennai Super Kings at the Wankhede Stadium.

However, the IPL has now been officially suspended till further notice after Indian Prime Minister Narendra Modi extended the lockdown till May 3. There are doubts hanging over the hosting of the IPL as the BCCI will need to come up with a different window after the pandemic situation is over.

Meanwhile, Sri Lanka cricket president Shammi Silva expects the Island nation to come out of the health crisis before India. Ergo, Silva has offered to host the big event and he will be writing to the Indian board.

“It looks like Sri Lanka will be clear of the coronavirus before India,” SLC president Shammi Silva told Reuters in Colombo.

“If so, we can host the tournament here. We will be writing to the Indian cricket board soon,” he added.

It is a great gesture from the neighbouring country and it would be interesting to see what will be the BCCI response.

On the other hand, it was earlier reported that the IPL can be completed in one month’s time as the Indian board can increase the number of doubleheaders. Meanwhile, the IPL had moved to South Africa in 2009 as there were general elections in the country. The same season was hosted in only 37 days.

Similarly, the first phase of the 2014 edition of the tournament was played in Dubai due to the same aforementioned reason. Subsequently, it would be interesting to note if the IPL will move out of India in this situation. However, there is no denying that the tourney is only possible when the current situation improves. In fact, it won’t be a surprise if the competition is held behind closed doors, if it goes ahead.

The coronavirus pandemic has put the sporting world to a standstill and it is believed that it will take some more time before the world can get back to normalcy.