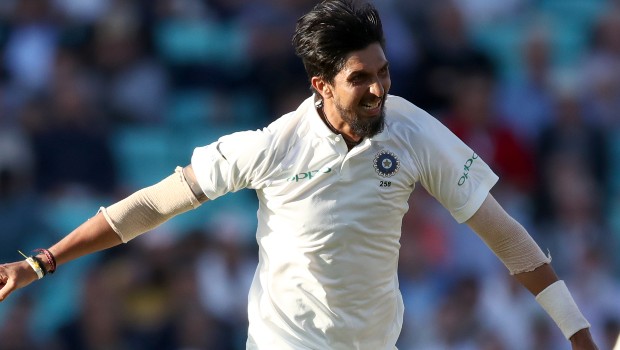 India’s experienced fast bowler Ishant Sharma has revealed that he started understanding MS Dhoni better from 2013. The lanky pacer stated that his interaction with Dhoni was limited till 2013. In fact, Ishant was handed over the ball by MS Dhoni in the 2013 Champions Trophy. The right-arm pacer was able to dismiss Eoin Morgan and Ravi Bopara and got the team back into the contest.

Meanwhile, Ishant added that as his interaction increased with MS Dhoni after 2013 and he got to know how cool the former Indian skipper is. Dhoni was known to get the best out of his players and gave freedom to his bowlers to bowl accordingly to their plans.

Dhoni is known to give confidence to the young players and he has guided them on the right path. The wicket-keeper batsman has done a fine job in leading from the front.

Ishant added that Mohammed Shami shares a great bonhomie with MS Dhoni and he used to visit his room the most. Ishant stated that one can learn a lot from MS Dhoni both about the game as well as life.

“Initially, my interaction with MS Dhoni was limited, but after 2013, I started talking to him and understanding him,” Ishant said on the Star Sports show Cricket Connected.

“Then I got to know how cool he is and how nicely he talks to the youngsters and treats them. He is the same on the field, he has never asked us to not visit him in his room. You can ask (Mohammed) Shami, he goes to his room the most! He has always been like this, and it’s a different moment to enjoy with him when you can learn a lot of things from him, about cricket or life,” he added.

On the other hand, Ishant Sharma has been at his best in the last couple of years. The right-arm pacer has turned the tables in his Test career. Ishant has picked 297 wickets in 97 Test matches at an average of 32.39.

Ishant has played 18 Test matches in the last two years in which he has snared 71 wickets at an impressive average of 19.14 and he has taken four five-wicket hauls. Ergo, he would like to continue his good form going.

The lanky pacer will play for Delhi Capitals in the Indian Premier League 2020, whenever the tournament takes place. It is reported that IPL will either be hosted in Sri Lanka or UAE.