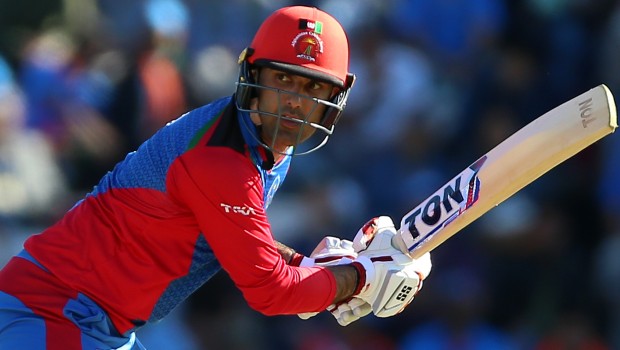 Afghanistan talisman all-rounder Mohammad Nabi reckons Steven Smith is the number one batsman among the fab four, which involves Smith, Virat Kohli, Joe Root and Kane Williamson. All these four batsmen are often compared with each other in the race of best batsman in the world.

Many cricket boffins feel that Steven Smith and Virat Kohli are the top two batsmen. In fact, a lot of the experts believe Smith is a better Test batsman whereas Kohli is better in the limited overs format.

Meanwhile, Steven Smith has been in fine form in the recent past. The Australian linchpin had made a roaring comeback after serving his ball tampering ban. Smith was the architect for Australia retaining the Ashes in 2019. The right-hander had scored 774 runs in only four Test matches as he was at his absolute best.

In a rapid fire round with CricTracker, the 35-year-old was asked, “Who according to you is the no. 1 batsman? Virat, Steve, Williamson or Joe Root”.

Nabi answered it saying, “It is Smith these days, I guess!”.

On the other side, Nabi stated that New Zealand captain Kane Williamson is his favourite player at the Sunrisers Hyderabad.

Nabi also revealed that it was Kevin Pietersen who christened him the name Mr. President. Pietersen told Nabi that he would be the next president of Afghanistan when the all-rounder was playing for Quetta Gladiators in the Pakistan Super League.

Furthermore, Nabi heaped praise on the former skipper MS Dhoni. Nabi added that Dhoni is always ready to help anyone who has doubts and his doors are always open for the youngsters.

Meanwhile, Mohammad Nabi is a pivotal cog in Afghanistan’s team and he is one of the most experienced players. The 35-year old has played 135 ODIs in which he has scored 2796 runs at an average of 27.41. The off-spinner has also scalped 130 wickets in the ODI format. Nabi has snared 69 wickets in 77 T20I matches.