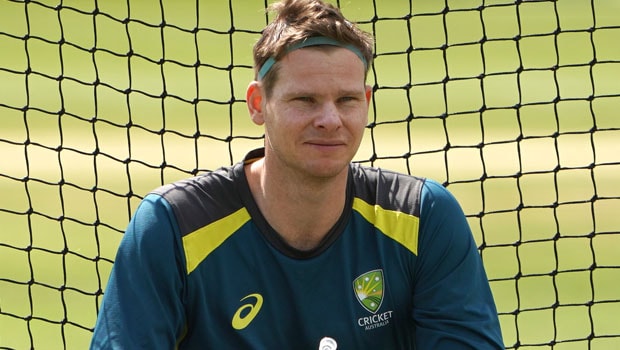 Australian talisman batsman Steven Smith has opened on his unusual batting stance. It is always noticed that Smith generally makes a shift towards the off-stump as soon as the bowler is in his delivery stride. Thus, he gives an impression to the fast bowlers that he is a sitting duck for a leg-before wicket dismissal. However, Smith is strong on his pads and hardly misses anything targeted on his stumps. He gives a bait to the bowlers and most of them fall for it.

🚨 THIS IS NOT A DRILL – Steve Smith discusses his batting techniques on the Royals Podcast! 😏

Smith added that he is confident that anything outside his eyeline is not going to hit the stumps. Thus, it is a shrewd ploy from the linchpin batsman.

Steven Smith said while talking to Ish Sodhi on Rajasthan Royals podcast,  said: “It depends on who’s bowling, how is the wicket playing, how I’m gonna score and stuff like that or how people are trying to get me out, probably that determines how open I am or otherwise how closed I am.

“But my general stance where my back foot is going to almost off stump, or maybe even outside at stages, I know that anything outside my eyeline isn’t hitting the stumps,” he said.

“For me, you shouldn’t get out if the ball is not hitting the stumps, so that is just a trick from me when I first started doing it, just limiting the ways I get out,” he explained.

Steven Smith has come a long way in his career and he has got a very effective technique. There is hardly any chunks in Smith’s armour, which makes it harder for the world-class bowlers to get him out.

The Australian talisman has breathed down the neck of the opposition bowlers and hardly ever gives an inch to the bowlers. Smith also puts a price on his wicket and we never see him throwing away his wicket.

Smith will be leading Rajasthan Royals in the Indian Premier League, if the tournament goes on. He has scored 2022 runs in 81 IPL matches at an impressive average of 37.44.