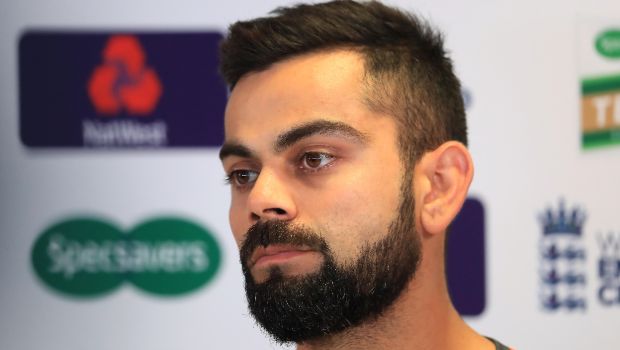 The Master Blaster played in a different era and many experts feel that it was not to get runs in the previous generation because of the rules, pitches, conditions and the quality of bowlers.

The current game is slightly tilted in favour of the batsman, but the credit should not be taken away from Virat Kohli, who is the most consistent batsman in all three formats of the game.

Sachin made and broke a plethora of records during his halcyon days whereas Kohli has followed suit. Sachin carried the huge expectations on his shoulders and mostly delivered the goods for the team.

On the other hand, Virat Kohli is one of the most consistent batsmen of the current generation, especially in the limited overs format. However, there is a lot of difference in the way Sachin Tendulkar played and Kohli plays. Sachin was known for his sedate approach while Kohli is known to take the bull by its horns.

Sachin never showed much emotions in the field whereas Kohli wears his heart on his sleeve. Kohli is always expressive and aggressive and doesn’t shy away from having a word with the opposition’s players. It brings out the best in him and that’s the way he plays his game.

Shoaib Akhtar said while talking to Sportskeeda, “There’s an embargo on cricket. How can there be three circles in the field? I mean…give Sachin Tendulkar credit and stop comparing him to Virat Kohli. He did not play the era of Sachin Tendulkar, which is like the single era of 50 overs, and then the reverse swing starts literally after 10 overs. Face that with Wasim Akram, Waqar Younis, and the spin of Shane Warne”.

The Rawalpindi Express, as Akhtar was fondly known during his heydays, added that one team in the past always had quality four-five bowlers, which is not the case in the current generation.

“Every team had its specialists. [Lance] Klusener, Jacques Kallis, Shaun Pollock, Allan Donald, Makhaya Ntini, there were five quality fast bowlers in every country. How many do you have now? There’s Pat Cummins, Josh Hazlewood, but then what?” (sic)