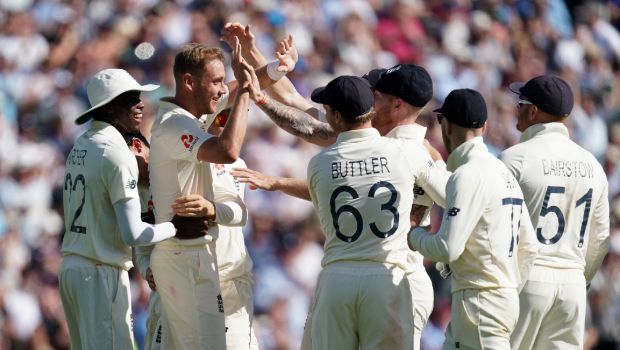 England’s Stuart Broad vs Australia’s David Warner was a crucial rivalry of the Ashes. It is the battle within a battle, which can lead to positive results for the side.

Broad had hands down won the Ashes contest against Warner, dismissing the southpaw batsman on seven occasions out of the ten he played.

The left-hander could only muster 95 runs in the five Test matches and Broad clearly had his wood on the Australian opener. The lanky fast bowler, Broad breathed down the neck of David Warner and the latter had no answers.

Broad revealed that the ploy was to attack Warner’s stumps. As the left-hander is a good cutter and the driver of the ball, Broad thought it would be prudent to not give him any width outside the off-stump. Broad is known for his outswingers but he decided to bowl with a scrambled seam so that he doesn’t give an inch to Warner.

The strategy worked wonders as Warner failed to get going against Broad. Once Broad got Warner out a couple of times in the series, the fast bowler got into the batsman’s head and there was no escape.

Out of the seven times Broad got Warner out in the Ashes 2019, there were three LBW and one bowled (the mode of dismissal). Thus, Broad was successful in executing his plan of attacking Warner’s stumps.

“He is such a dangerous player and one of the best third-innings opening batsmen in the world,” Broad said in a Sky Cricket podcast.
“Having played against him a lot over the last eight or nine years, I found that, as I am a taller bowler, when he sat back in the crease he was cutting and square driving me a lot to the boundary.

Broad was ruthless in his plan and kept the ball on the stumps to get the better off Warner.
The tall fast bowler revealed that he won the mental battle against Warner when he got him out in Lord’s, which made his job easier in the remainder of the series.

“Once I got him at Lord’s, the third time in a row, I just got that feeling like I was getting a bit of a competitive edge over him,” said Broad