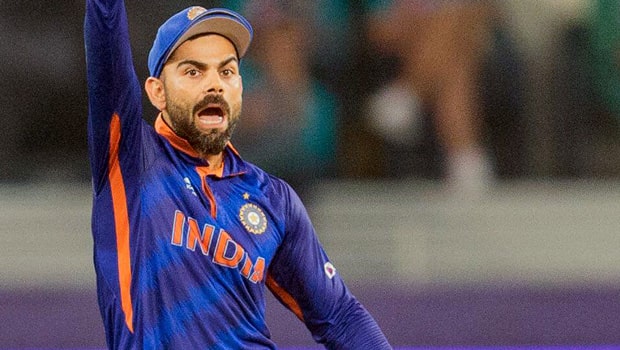 In the press conference hosted by the BCCI on Wednesday, Virat Kohli did not hold back and shed light on the fact that he was informed about his sacking as ODI captain only an hour and a half before the official announcement. The 33-year-old also mentioned that, contrary to what BCCI President Sourav Ganguly said in the media, he wasn’t communicated further on stepping down as T20I captain and its consequences.

BCCI’s handling of the matter has attracted criticism from all quarters. However, former Indian batting legend Sunil Gavaskar has sided with the board regarding the situation. Gavaskar argues that Kohli got a courtesy call from the Chairman of Selectors Chetan Sharma and it’s not like he found out through the media announcement.

Virat Kohli also stressed on the fact that he did not question the selectors’ decision. In fact, he even added that he had kept the door open for them to drop him from the ODI and Test captaincy if they deemed it necessary.

While the entire matter has blown up and attracted plenty of media attention, Sunil Gavaskar fails to understand what’s controversial regarding the incident. ‘Final decision’ lies with the selection committee and their decision is almost always regarded as absolute and final. They had also informed Kohli of the matter beforehand.

“I don’t understand what’s the controversy in this. If he was informed by the chairman of the Selection Committee 1.5 hours before the announcement – when they were selecting the Test team they would have surely consulted Kohli. Perhaps he would have also been present in the Zoom meeting. And I know that even today the Indian captain doesn’t get a vote in [the Selection Committee]. He can be present there and give his opinion but the final decision is of the 5 Selection Committee members.

“When the selection for the Test team for South Africa would have concluded, after that – this means after the main agenda of the meeting – he must have been informed that he won’t be the ODI captain. If he has been informed about this then I don’t understand what’s the controversy in all this,” he concluded.