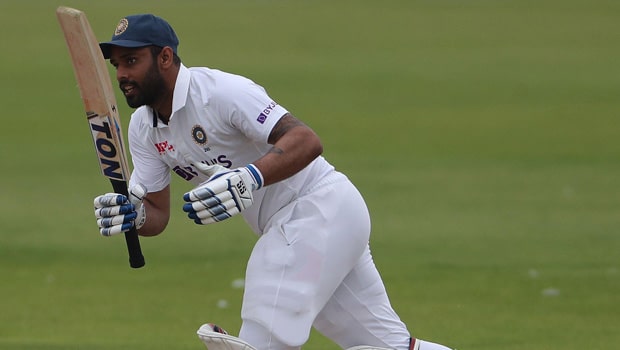 Several regulars including the likes of Rohit Sharma, Jasprit Bumrah, Rishabh Pant have been rested for the Test series while Virat Kohli will only miss the first Test. In his absence, Ajinkya Rahane has been tasked with leading the side with KL Rahul serving as his deputy for the first Test in Kanpur.

Former Indian cricketer Sunil Gavaskar has shared his opinion on Hanuma Vihari’s exclusion from the main squad. Speaking to India Today, the 72-year-old mentioned that it could be because of the lack of cricket that he’s played recently. Unlike his teammates, Vihari didn’t participate in the second leg of IPL 2021 and he might be rusty at the moment.

“On the other hand, the others who have been selected have had some cricket, not necessarily Test cricket, so maybe that’s the reason why they came into the picture”, he further added.

Gavaskar also mentioned that performances in the Indian Premier League also help to influence the selection committee at times. Shreyas Iyer had a remarkable second leg of IPL 2021 for Delhi Capitals on his return from injury. As a result, he got rewarded with a spot in the Test squad for Team India.

“Also, a lot of times we have seen over the years that the performances in the IPL have invariably been the ones that nudge the selection committee so that seems to have happened. Hanuma Vihari hasn’t played a single IPL game so out of sight, out of mind”, Gavaskar further mentioned.