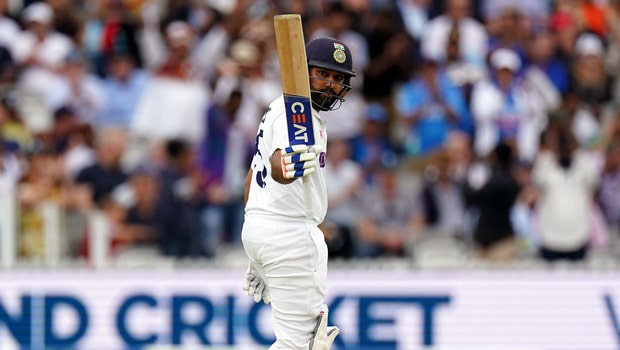 On November 9, 2021 the Board of Control for Cricket in India officially announced that Rohit Sharma will take over the captaincy of the Indian T20I side and will be assisted by KL Rahul as his deputy. Virat Kohli had already made his mind to leave the position well before the T20 World Cup which was his last tournament as captain in the shortest format.

The Men in Blue’s campaign ended quite early as they were knocked out of the Super 12 stage following defeats to Pakistan and New Zealand in the first two games. Rohit Sharma’s first assignment will be the T20I series against New Zealand which begins on November 17. That series will also mark the beginning of Rahul Dravid’s tenure as head coach of the team.

Former Indian cricketer Sunil Gavaskar has welcomed the appointment of Rohit Sharma as captain and thinks he’s the best man to carry forward the success in T20Is. “Rohit Sharma is absolutely ready to carry the baton forward. It is a new beginning for Indian T20 cricket under the leadership of Rohit,” Gavaskar told India Today.

Rohit Sharma who was the white-ball vice-captain for Team India until this point has been immensely successful in the Indian Premier League. As the captain of Mumbai Indians, he has led the side incredibly well and has won a record five titles with them. Gavaskar, however, mentioned that leading the national side consistently will be a whole different ball-game.

“Generally, a captain is only as good as his team. I know Rohit has won five IPL trophies under his captaincy but leading a national team is completely different to leading your state team or franchise.

“Just like a good first-class cricketer, he doesn’t necessarily turn out to be a great international cricketer. It goes to the captains also, no matter how many titles you have won for your state team or franchise, it doesn’t guarantee success at the international level,” said Gavaskar.

KL Rahul has also been named as the vice-captain of the T20I side in the series against New Zealand. Rahul who captains Punjab Kings in the IPL is also being earmarked for leadership duties and Gavaskar thinks that Rahul playing in all three formats of the game is one of the reasons behind his promotion.

“KL Rahul has been marked as a future leader by the selectors. He has been the captain of Punjab Kings in the IPL and, above all, he plays in all 3 formats for India. I think Rahul playing in all three formats is the reason why he has been elevated to the role of vice-captain,” he concluded.