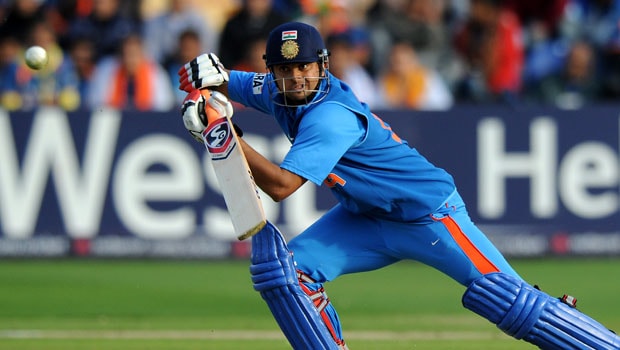 India’s out of favour batsman Suresh Raina had recently shown his disappointment for not getting enough chances in the Indian team. Raina had said that he was not communicated by the selectors before they decided to drop him. The southpaw added it would have been better to know where he lagged behind before he was shown the exit doors from the team.

However, former Indian chief selector MSK Prasad has squashed Raina’s claims and said he didn’t show the form in the domestic circuit to make a national comeback.

However, Raina last played for India in the T20I and ODI series against England on the 2018 tour. The southpaw scored 27 runs in one T20I innings whereas he scored 47 runs in two ODI innings against England. Before the England tour, Raina also scored a fine T20I knock of 69 against Ireland.

In fact, Raina was drafted into the Indian team on the back of solid performances in the Syed Mushtaq Ali Trophy 2018. The Uttar Pradesh batsman scored 314 runs in nine matches at an  impressive average of 39.25 and a blistering strike rate of 146.04.

However, one can understand Raina’s outster from the ODI side but it is difficult to know why he was dropped from the T20I side despite doing a decent job for the side. It is hereby noted that he was not backed by the team management and the selectors.

Meanwhile, Prasad believes senior players like Raina should score a truckload of runs in the domestic circuit to knock hard on the selection doors and Raina was not able to do that consistently.

“See VVS Laxman, when he was dropped from the Indian Test squad in 1999, he forced himself back by scoring over 1400 runs in domestic cricket. This is what is expected from senior players when they are dropped,” Prasad told PTI.

On the other hand, Raina was not impressed by his ouster as he felt that the selectors didn’t communicate with him where he was lagging behind. In fact, former Indian talisman Yuvraj Singh had also made a similar claim regarding his exclusion from the national side.

“I think selectors should have taken more responsibility towards the senior players. Tell me, if I have any deficiency then I will work hard. When the cause is not known, how he will improve,” Raina said on Sports Tak.