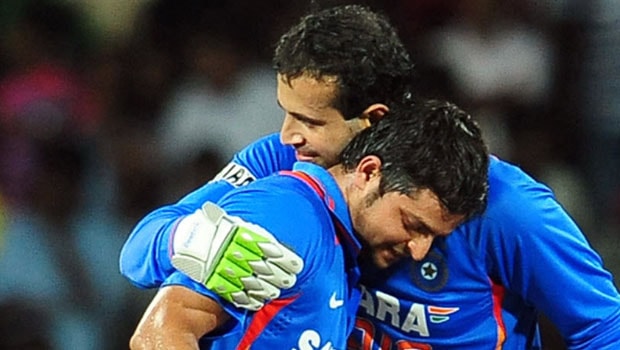 Indian batsman Suresh Raina and former all-rounder Irfan Pathan has urged the Board of Control for Cricket in India to let the players play in foreign leagues. Both players believe it would be beneficial if the Indian board allows its players to be part of the overseas leagues if the players are not in the radar for national selection.

Subsequently, the players can gain their confidence as well as the form by playing with and against the foreign players. Furthermore, they can get acclimatise to the overseas conditions when they will play outside the country. However, the BCCI doesn’t allow its contracted players to play in foreign leagues.

Raina believes the competition in the domestic tournament is not up to the mark for the players who have already played at the International circuit. The southpaw batsman added that they should be given a green chit to play in at least two leagues outside India, be it Caribbean Premier League or Big Bash League.

“I wish BCCI plans something with the ICC or the franchises that Indian players who don’t have contract with the BCCI are allowed to play outside,” Raina said. “Because there are a lot of players, including Yusuf (Pathan), Robin Uthappa, myself, a lot of quality players, who can go out and learn a lot from playing overseas leagues. It can be any league, but allow us [to participate in] two”, Raina said while talking to Irfan Pathan in an Instagram live interaction.

Raina feels the out of favour players will get ready to make their comeback if they are allowed to play in foreign leagues. In fact, it is cognisance of the fact that the foreign players make their comeback by playing in different leagues across the globe, which provides them with the perfect preparation to play for the national side.

On the other hand, Irfan Pathan believes it is a norm in Indian cricket to not consider a player who is 30 years old. Pathan gave an example of Michael Hussey, who made his Australian debut at 29 and then went to savour great success. The former all-rounder feels it would be great if the players who are not in contention for national selection, should be allowed to play overseas.

“It should be such that, till such a time you’re fit, you should be available,” he said. “I was perceived to be old the minute I turned 30. My suggestion is that, allow all players over 30, if they’re not in the national radar, let them play abroad.”

There is no qualm that it would be a win-win situation for Indian cricket if the players go out to play overseas. Thereby, they would be able to read the conditions better when they will tour the same country.