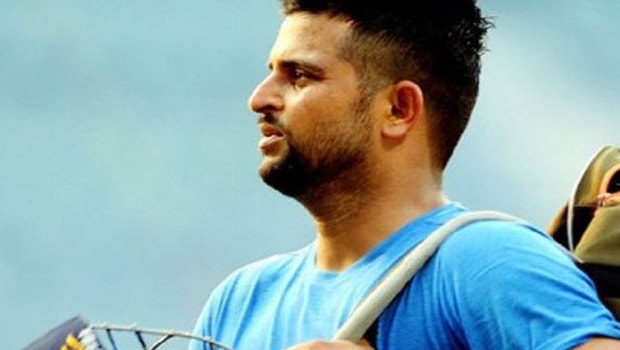 India’s out of favour batsman Suresh Raina recalled an incident when former skipper Rahul Dravid plotted Pakistan’s wicket-keeper Kamran Akmal’s dismissal. It was the fourth ODI at Multan in 2006 between arch-rivals when Rahul Dravid came up with the masterplan. Irfan Pathan was bowling the seventh over of the innings when Dravid took Raina out of the second slip and placed him at short point.

Akmal was batting on three runs and Dravid predicted that the right-hander might hit the ball in the air through the off-side. Subsequently, Akmal drove the next ball exactly where Raina was placed and he took a sharp catch. Raina rushed to celebrate with Dravid and the plan paid dividends for the Indian team.

Dravid, Raina and Pathan performed their respective roles brilliantly and it resulted in a wicket for the Indian team. Game awareness plays a crucial role in the leadership of a captain and Dravid had all the experience under his belt.

“I remember the catch against Pakistan which I had taken at point position. Rahul Dravid was our captain, Irfan Pathan was the bowler and Kamran Akmal was batting. There was a rule at that time to keep catching fielders in the 15 yards. So Rahul bhai asked me will you stand at that point? I said ‘yes please tell me where to stand’. He said lean forward and be ready to take a catch,” Raina told Kapil Dev in an interview for ABP News.

“The moment Irfan delivered the next ball, Akmal smashed it hard, I just saw the ball and it came straight into my hands. The thing that impressed me most was that Rahul bhai knew that a catch might come there and it came in the next delivery,” Raina said.

Rahul Dravid was well known for his shrewd captaincy and led the team from the front. Earlier, Irfan Pathan also stated that communication was the best under the leadership of Rahul Dravid.

Rahul Dravid led India in 79 ODI matches in which the team won 42 games whereas they lost 33 and four matches ended in no result.

Meanwhile, Pakistan could only muster 161 runs on the board after Irfan Pathan took three wickets whereas RP Singh scalped four wickets in that match. India was able to chase down the total with five wickets in hand after Rahul Dravid scored 59 whereas Suresh Raina added the finishing touches as he scored unbeaten 35. RP Singh was awarded the Man of the match for his spell of 4-40.

India won the five-match ODI series by 4-1 whereas Pakistan had clinched the three-match Test series by 1-0 in 2006.