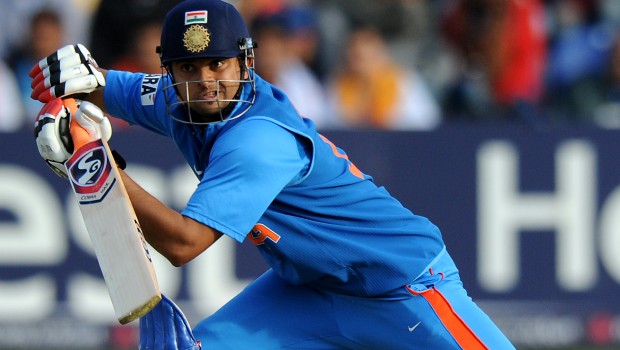 Former Indian captain Rahul Dravid has heaped praise on Suresh Raina for a wonderful career. Raina surprisingly decided to call it a day after MS Dhoni’s International retirement and took everyone by surprise. Rahul Dravid, who presented Raina his Test and ODI cap, stated that Raina’s contribution in limited-overs cricket was fantastic.

Raina was not able to cement his place in the Test side after scoring a century on his Test debut. However, the left-hander made a place for himself in the limited-overs side. Raina was mostly asked to bat from number five to seven and he was able to add finishing touches to the team’s total.

Raina was also a livewire on the field and he would save extra runs in the field. The southpaw had all the skills to hit the ground running and he was known to get quick runs for the team. The left-hander was known for playing selfless cricket and was a perfect team man.

Raina also played two crucial cameos in the 2011 World Cup when he scored 34 off just 28 balls against Australia in the quarterfinal and scored 36 off 39 balls against Pakistan in the semi-final. Thus, he played an imperative role in taking India to the final of the event

“He is a World cup winner and Champions Trophy winner. He contributed so much on the field, his energy, the enthusiasm he brought, the way he raised the standard of field …”

Raina is currently in Chennai where he is training for the IPL at the Chepauk Stadium. The left-hander, who is the second highest run-getter of the tournament, will be seen playing for CSK. The IPL will begin from September 19 in the UAE with Dubai, Sharjah and Abu Dhabi to host all the matches.