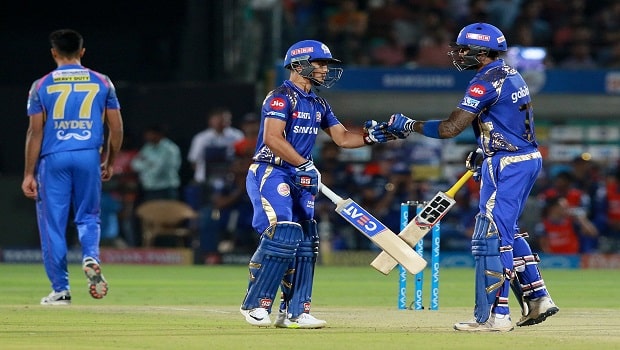 It has been six years since India won an ICC Trophy. The 2013 Champions Trophy was the last major ICC event they won and since then, they have failed to cross the final hurdle, despite qualifying to the knockout stages of as many as three ICC events including the World Cup this year.

And now, with the T20 World Cup coming up next in Australia in 2020, India would be desperate to lay their hands on the highly coveted trophy.

Their T20I squad is quite good with a good mix of players with varied strengths and abilities. However, there are some players who deserve a shot in the team as they will only strengthen the squad and better India’s chances of winning the title. So, who are those players? Let’s take a look at them.

Suryakumar Yadav: He has been a consistent player in T20s over the last five years. The 29-year-old was the third highest run-getter in the Syed Mushtaq Ali Trophy this season with 392 runs to his name at an excellent average of 56. He has also scored over 400 runs during each of the 2018 and 2019 seasons of the Indian T20 League at an average of over 30. Moreover, he was also the third highest run-getter in the first season of the T20 Mumbai League and followed up with another superb performance this season as he was among the top 10 run-getters once again. Suryakumar can bat at any position and can shift gears very quickly. That makes him an ideal batsman for any T20 side.

Shreyas Gopal: Skipper Virat Kohli has been quite vocal about the importance of batting depth in India’s T20I squad in recent times. But they have struggled to maintain the bowling quality while going for that batting depth. Shreyas Gopal is a bowler who can help with that situation. The leg spinner picked up 19 wickets during the recently concluded Syed Mushtaq Ali Trophy at a terrific strike-rate and economy rate of 13.2 and 6.78 respectively. Not only that, he is an accomplished batsman who has four first-class centuries to his name as well.

Krishnappa Gowtham: The Karantaka all-rounder scored a century and registered an eight-wicket haul in the same match during Karnataka’s T20 League some months back. He is an off-spinner who bowls in the powerplay. With the bat, he can do the big hitting in the slot overs as well. He had shown that ability by winning a couple of games for Rajasthan single-handedly during the 2018 edition of the Indian T20 League. Gowtham strikes at over 160 with the bat and has two fifties to his name in T20s. With the ball, he has 36 wickets at a decent economy rate of 7.60.