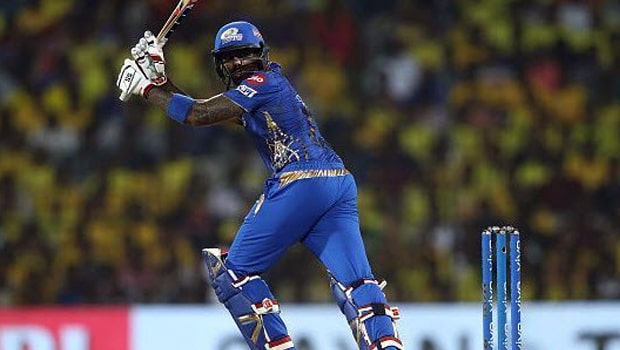 With around 5000 first-class runs at an average of over 40, 2300 List-A runs at an average nearing 40 and 3000 T20 runs scored at 31.37, Suryakumar Yadav might be considered to be one of the most unlucky cricketers not to represent India at the international level yet.

He has been churning out runs consistently at the domestic level in the last couple of years but it is his powerhitting that he has taken to a completely different level during this period. Suryakumar is a completely different beast in the shortest format of the game now, who is capable of tearing bowling lineups apart.

In fact, his exploits in the Indian T20 League over the last two seasons give an idea about how good he has been. While he scored 512 runs at an average of 36.57 and a strike-rate of 133.33 in the 2018 edition, he smashed another 424 runs this year at an equally good average and strike-rate of 31.61 and 130.86 respectively. And the most fascinating part about those numbers is that he didn’t bat at a fixed position. He went up and down the order consistently and scored heaps of runs at each and every position. That sums up how adaptive he is across batting slots.

Moreover, the 29-year-old also made his presence felt in the ongoing Syed Mushtaq Ali T20 tournament. Although Mumbai had to bow out in the Super League stage of the tournament, he still went on to be their highest run-getter and the third highest in the tournament so far as he smashed 392 runs at a massive average and strike-rate of 56.00 and 168.96 respectively. These runs included four scores of fifty-plus and a best score of 94*. And these are terrific numbers considering that he batted as low as number four during the entire tournament.

At the moment, India lack an enforcer in their T20 middle-order and Suryakumar is the perfect man to play that role. Yes, the likes of Shreyas Iyer and Manish Pandey are pretty good batsmen too but it is very well known that they like to bide their time at the crease before launching the attack. However, Suryakumar is a different batsman as he can play shots from ball one. So, with the T20 World Cup coming up, India should really think about drafting him into the T20I squad.