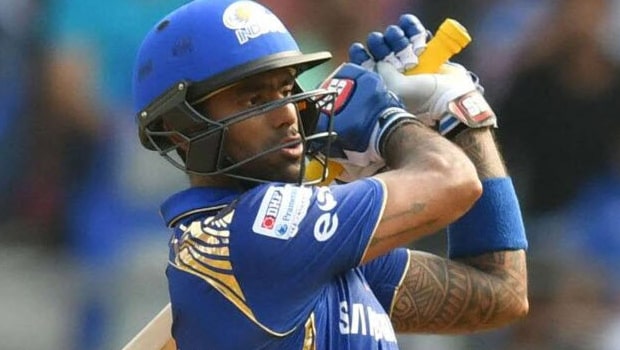 Suryakumar Yadav has gone on to become one of the best Indian T20 batsmen ever since a successful IPL 2018 season with Mumbai Indians. He has since gone strength-to-strength in the Indian Premier League and has helped his franchise attain even greater success.

After much fanfare, speculation, and doubts, Suryakuamar Yadav or SKY as he’s commonly known made his long-awaited T20I debut during the series against England. But it took the fourth match of the series for him to get a chance to bat, where he ended up making an instant impact.

Sky smashed 57 runs off 31 deliveries and his innings included 6 fours and 3 sixes. The batsman’s aggressive philosophy is unique and also helped him score a 17-ball 32 in the fifth T20I. With the Test side busy in England, the spotlight will be on Sky once again during the limited-overs series against Sri Lanka. He has vowed to play in the same aggressive manner that he knows.

“I think I have been doing the same thing that I have been doing for my franchise back in the IPL,” Suryakumar Yadav said on Tuesday. “Even in my debut series (against England), I did not do anything different. I have been enjoying that (attacking) role really well in whatever position they tell me to bat. I will stay the same. I will just go out there and express myself like I always do. I enjoy doing that.”

The Mumbai Indians batsman, however, expects a different challenge in Sri Lanka than the ones he faced against England.

“I think that was a completely different challenge. Like for a batter, every time you go in or play a different game, you start from scratch. So this also I’ve to start from zero. This is a different series, but the challenge remains the same – I’ve to go out and perform the same way I did. So pressure will be there because if there’s no pressure, there’s no fun. It’ll be a great challenge and I am really looking forward to it.”

Recently, former Sri Lanka captain Arjuna Ranatunga stirred controversy by slamming the Sri Lankan board for organizing a series with what he called a ‘second-string’ Indian side. Suryakumar Yadav made it clear that the outside noise hasn’t made its way to the dressing room and that the players are completely focused on the task at hand.

“Not really [thinking about it],” Suryakumar said. “Everyone is completely focused. The way the practice sessions are going, the way the game went yesterday, it’s going completely fine and we’re really excited about the challenge. We’re not thinking about that. We’re just here to have some fun, enjoy this series completely and take a lot of positives from here,” he concluded.