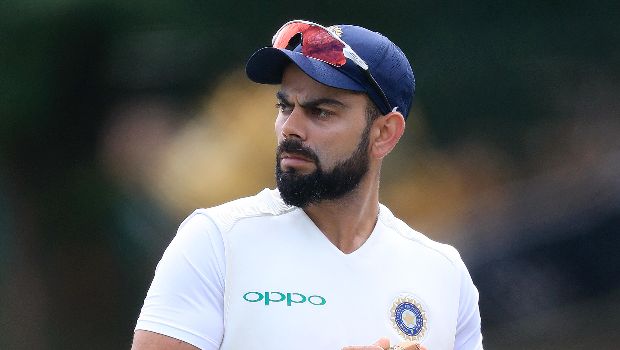 Former Indian fast bowler Zaheer Khan has stated that Suryakumar Yadav’s presence in the middle-order allowed Virat Kohli to open the innings in the final T20I against England on Saturday.

KL Rahul was struggling with his form and thus the team management decided to drop him.

Kohli decided to open the innings with his deputy Rohit Sharma and also stated that a potent middle order allowed him to promote himself as an opener. Suryakumar Yadav had scored a fine knock of 57 runs off just 31 balls in the fourth T20I and he was able to hit the ground running as he smashed a six on the first ball he faced.

Subsequently, Yadav scored two sixes on the second and third ball he faced in the decider of the series and thus was able to once again get off the blocks. The right-hander continued the momentum, which Rohit Sharma had provided with his blistering batting, as he raced to 32 runs off just 17 balls with the help of three fours and two sixes.

The 30-year old batsman from Mumbai was fearless in his batting approach and played proper cricketing shots in the two innings he batted. Suryakumar has been a consistent performer in the domestic circuit as well as for the Mumbai Indians in the IPL and he was able to carry the same form at the International level.

“The question one should ask is how it became possible that Virat Kohli could come and open the innings? It became possible because India got a batsman like Suryakumar Yadav. Suryakumar went there and showed what he can do at the no. 3 position. This thinking, I believed, started from there, and then the result was that Virat Kohli said that ‘I can’t keep going down the batting order’. Shreyas Iyer has also been pushed down the batting order. So, he decided that opening the innings could be a better option, let’s try it out,” Zaheer Khan said while talking to Cricbuzz.

Meanwhile, Virat Kohli has hinted to open the innings for India in the future games and he could open in the T20 World Cup. Kohli has opened the innings 61 times in his IPL career, in which he has scored 2345 runs at an average of 46.9 and a strike rate of 140.2. Thus, Suryakumar Yadav could be asked to bat at one down consistently.

The first ODI will take place at the Maharashtra Cricket Association Stadium, Pune on 23rd March behind closed doors.