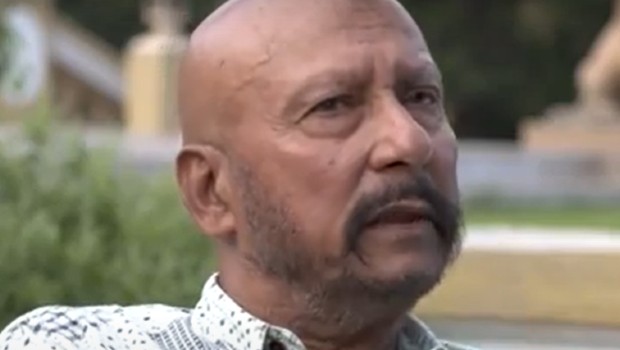 India’s first World Cup-winning wicket-keeper Syed Kirmani has revealed how he selected MS Dhoni for the East Zone. It was well documented in ‘MS Dhoni – The Untold Story’ – that the Jharkhand lad had smashed sixes in Deodhar trophy in the same direction where the selectors were sitting.

Subsequently, Dhoni was able to attract the selectors with his pyrotechnics and it led to his selection for the national team. However, how Dhoni was selected to play for the East Zone is still not known to many.

It was a Ranji Trophy match where Syed Kirmani and his co-selector Pranab Roy had gone to select a team for the East Zone. Roy, who had seen Dhoni in action before this match, knew about Dhoni’s wicket-keeping skills.

In fact, when Kirmani saw Dhoni for the first time in action, he was not even doing wicket-keeping in that match. However, Kirmani looked at Dhoni’s batting numbers of the last two years, which were consistent and he was impressed. Ergo, he selected him to play for the East Zone and as they the rest is history.

“I have never disclosed this before but here is how Dhoni was picked. I and Pranab Roy – my co-selector from the East Zone – were watching a Ranji Trophy match. I’m not sure which match it was since it was a long time ago, but Pranab Roy is proof. He said to me ‘there is this keeper batsman from Jharkhand, who is a very promising youngster and deserves selection’,” Kirmani told Hindustan Times in an exclusive chat.

“I asked him ‘is he keeping wickets in this match?’ Pranab said ‘no but he is fielding at fine leg.’ That is when I got Dhoni’s stats from the last two years to look into. And Wow! There was terrific consistency in his batting ability. Without even seeing him keep wickets, I suggested that Dhoni be selected for East Zone straightaway. And the rest is history.”

Meanwhile, Dhoni has come a long way in his career since then. He didn’t have the best of International debuts but he announced himself at the highest level when he played a whirlwind knock of 148 against arch-rivals Pakistan at Visakhapatnam. Subsequently, he hasn’t looked back and it has been a wonderful journey for him.

Dhoni had an unconventional batting technique and also his keeping skills was not orthodox. However, he always had the belief in his abilities and kept working hard on his game to reach the top echelon of International cricket.

Dhoni went on to become India’s most successful captain taking them to triumphs in 2007 World T20, 2011 World Cup and 2013 Champions Trophy. The legendary player also became one of the best finishers as well as best the wicket-keeper in the world.