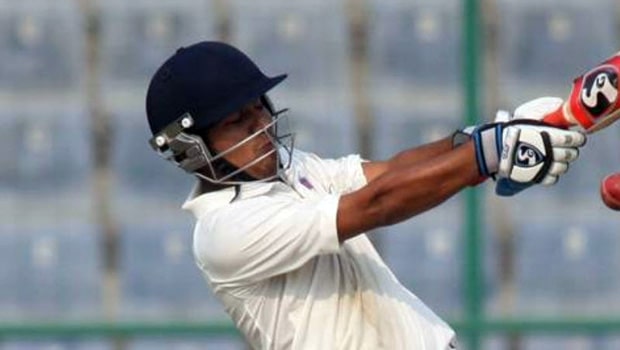 Captain Puneet Bisht led from the front as his blistering 51-ball knock of an unbeaten 146 helped Meghalaya to a massive 130-run victory over Mizoram in their plate-group match of the ongoing Syed Mushtaq Ali Trophy in Chennai on Wednesday.

In the process, Bisht also registered the second highest T20 score by an Indian. His knock included 17 sixes and 6 fours in total.

Meghalaya opted to bat first after winning the toss and they lost an early wicket too, in the form of DB Ravi Teja (7) as he fell in the third over after adding 27 runs with Yogesh Tiwari.

Dippu Sangma followed soon as he was dismissed just one-run later but it was all a Bisht-show from there on.

Bisht, who played for Delhi previously, literally toyed around with the Mizoram bowling and scored his half-century in just 26 balls. He accelerated further after that as he hammered 94 more runs in the next 25 deliveries he faced. Meghalaya put on a massive total of 230/6 on the board. Yogesh Tiwary made a decent contribution too, scoring 53 in 47 balls. Their partnership was worth 120 for the third wicket.

Mizoram in reply never got going as only three of their batsmen reached double figures. They could manage a paltry total of 100/9 in their full quota of 20 overs.

Aditya Singhania was the pick of the Meghalaya bowlers as he registered figures of 4/15. KB Pawan was the top scorer for Mizoram as he scored 33 and Pratik Desai’s 27 was the next best.