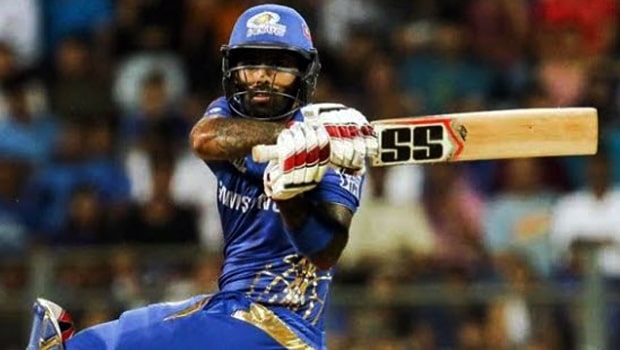 Mumbai Skipper, Suryakumar Yadav, was too much to handle for Karnataka when he had an unbeaten 94 to help his team win a Group B Super League match of the Syed Mushtaq Ali Trophy on Monday by seven wickets.

This win has ended Karnataka, who is Mumbai’s rival’s winning spree.

With the team after a stiff 172-run target, Surya, who has been in great form, was the man of the day. He single-handedly helped the domestic giants to a win an over to spare.

Surya was up to the task with his aggressive hander skill. He steadied the ship for his lads by stitching together a 46-run stand with Shreyas Iyer (14) for the third wicket.

Their opponent tried to reduce the damage when they sent Iyer out for an early shower in the 11th over.

With the departure of Iyer, Surya showed his mettle at the CB Patel Ground when he toyed with the Karnataka bowlers, who wilted under his blistering attack, hammering 11 fours and hoisted four towering sixes to show is class again.

At the game watched by the impressed the national selectors, Surya gave a match-winning unbeaten 84-run stand for the fourth wicket with Shivam Dube (22 not out off 18 balls), playing the perfect second fiddle.

He maintained the momentum when with all the shots in the book, smashing the ball around to guide Mumbai to victory. His feat has been described as one of the finest knocks in the national T20 championship.

Karnataka posted post a decent score on the board with a stroke 57 off 34 balls by opener Devdutt Padikkal.  Along with a rearguard 71 off just 47 balls by Rohan Kadam, Devdutt struck four fours and as many sixes. Rohan was in blistering form, hitting seven fours and three sixes before being eliminated by Prithvi Shaw off Shardul Thakur.

With Karnataka suffering their first defeat in the Super League stage, the group is now open.