T Natarajan has to do a lot in Tests – Irfan Pathan 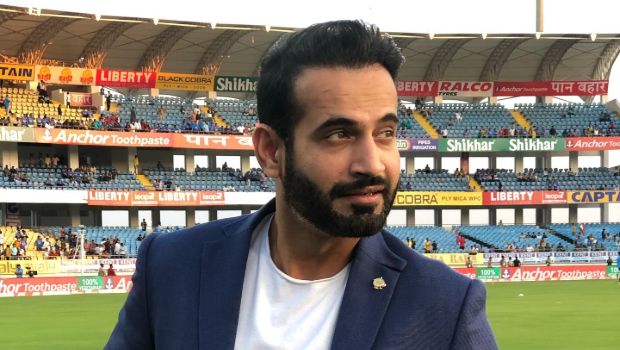 Former Indian all-rounder Irfan Pathan believes rookie fast bowler T Natarajan is still a work-in-progress and has a lot to do in Test matches.

Natarajan had made his debut in the Gabba Test match against Australia and had also scalped three wickets in the first innings.

Natarajan had got the big wicket of Marnus Labuschagne, who had already scored a brilliant hundred. However, Pathan feels the left-arm pacer from Salem must bring his body behind the ball to get it back into the right-hander.

When a left-arm fast bowler gets a ball back into the right-handed batsman, it brings LBW and bowled into play and the batsman finds it difficult to negate the swing. However, currently, Natarajan is mostly bowling across the right-handed batsmen and he will look to add this weapon to his armory.

Pathan added that the Natarajan has got a repetitive action, which is a positive. The 29-year-old pacer bowls around 135 km/h and thus it is crucial for him to trouble the batsman with swing. The fast bowler is mostly accurate with his line and length, which is his advantage.

“He (T Natarajan) has to do a lot in Tests, work on his angle and rhythm. The good thing about him is that he has got repetitive action. But he will need to bring his body more behind his delivery at the time of release, as that will help him bring the ball into a batsman,” Irfan Pathan said while talking at his exhibition game at the CC&FC ground.

“I always say that left is right. A left-arm bowler is an added advantage for any team, as he brings variation in your attack creating a different angle for the batsmen.”

Natarajan had a dream tour of Australia as initially he was picked as a net bowler. The fast bowler scalped two wickets on his ODI debut and then finished as the leading wicket-taker in the T20I series with six scalps. Natarajan then also played a key role in India’s historic win at the Gabba.

The fast bowler has been given paternity leave and thus he hasn’t been selected for the first two Test matches against England.