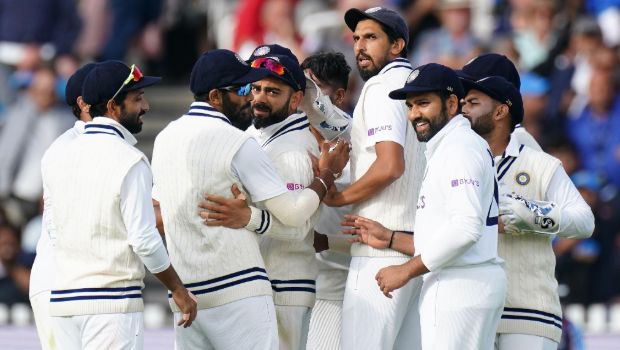 Former Indian opener Aakash Chopra has picked the team’s playing XI against Afghanistan for the team’s third match, which will be played at the Sheikh Zayed Stadium, Abu Dhabi on Wednesday.

India has lost both their opening matches against Pakistan and New Zealand and the clash against Afghanistan is going to be a must-win game for them to stay afloat in the tournament.

Chopra wants India to back Suryakumar Yadav in place of Ishan Kishan if the right-hander has recovered from the back spasm. Even if SKY hasn’t recovered, the former Delhi player wants Ishan Kishan to bat in the middle-order and not open the innings with KL Rahul. Kishan had opened against New Zealand but the move didn’t pay dividends as the southpaw was dismissed for only four runs.

Chopra wants KL Rahul, Rohit Sharma, and Virat Kohli to be the top three batters of the team as they have all the experience under their belt.

Speaking in a short clip on his YouTube channel, Aakash Chopra said: “You don’t generally talk about ‘contest’ in this clash. But the ‘context’ is so huge that we can’t digest another defeat. We have to win and by a big margin. What will be my playing XI for India? I am going to make a few changes. If SKY (Surykumar Yadav) is available then play him 100% for Ishan Kishan. Even if he’s not available bring Ishan Kishan down the order a bit. Your troika of top-three should be the same – Kohli, Rohit and Rahul.”

“Then in the bowling department, I feel you should look at Rahul Chahar instead of Varun Chakravarthy. Everything else is pretty decent I think. Just play with a bit more intent, courage, and freedom and win this match.”